Best inspirational bible verses with beautiful images and backgrounds. Download Ezra 1:7 KJV Bible verse images and share with your friends and family on Instagram or any social media platform. You can also use the links below to click and share the Ezra 1:7 KJV Bible verse pictures on Facebook, Twitter, Pinterest, LinkedIn, WhatsApp and other social media websites. Scripture Images (https://www.scripture-images.com) offers a large collection of images with scripture quotes and inspirational bible verse pictures about Jesus, God, Love, Faith, Inspiration, Encouragement, Life, Hope, Strength and more. 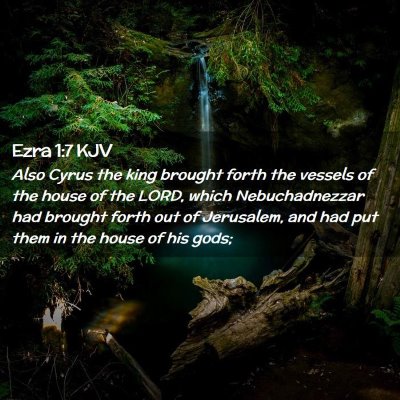 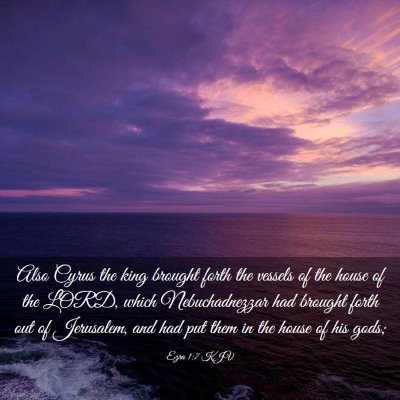 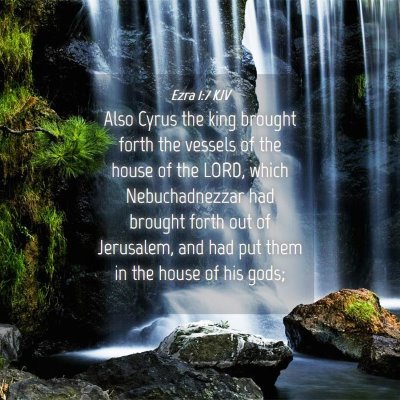 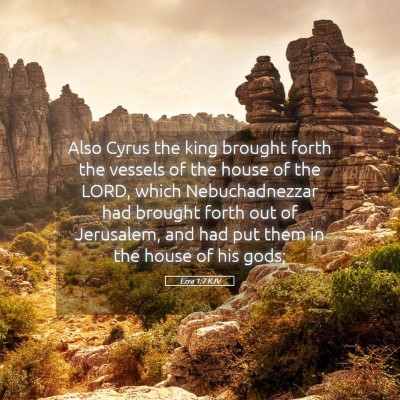 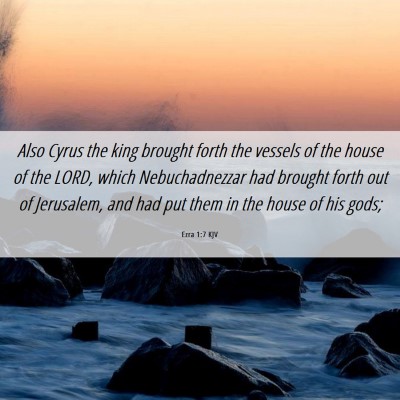 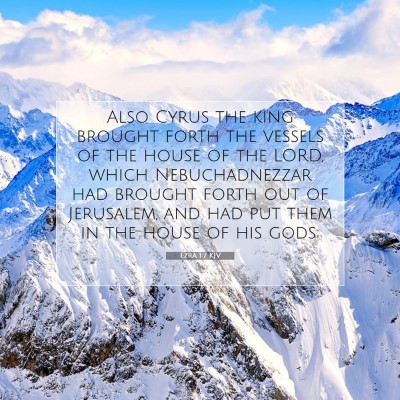 This cross-reference page section has been added with the hope of bringing in-depth meaning and understanding to the Scriptures. The cross references below can help identify similarities between Bible passages. The verses below have been identified in our system as verses related to Ezra 1:7 KJV. Please click on any image below to navigate to that specific Bible verse page. 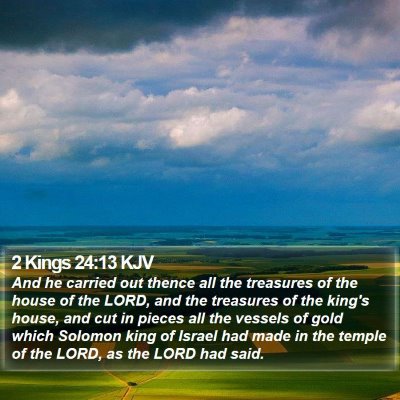 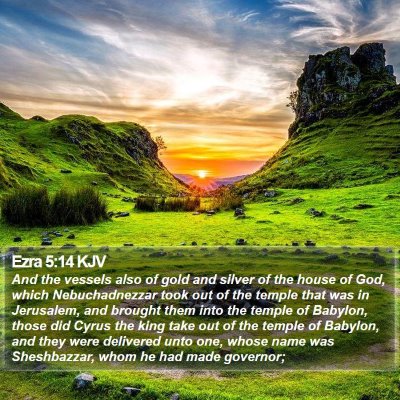 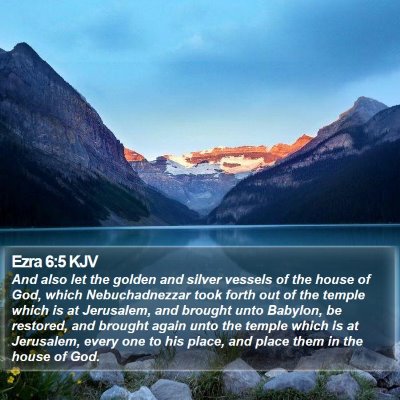 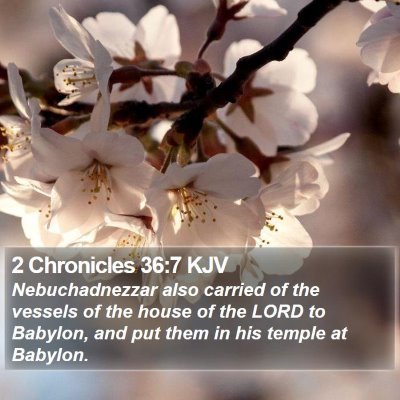 2 Chronicles 36:7 (KJV) »
Nebuchadnezzar also carried of the vessels of the house of the LORD to Babylon, and put them in his temple at Babylon. 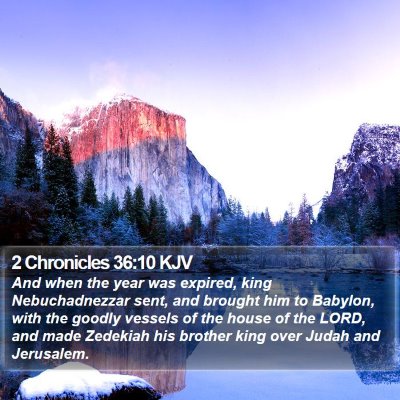 2 Chronicles 36:10 (KJV) »
And when the year was expired, king Nebuchadnezzar sent, and brought him to Babylon, with the goodly vessels of the house of the LORD, and made Zedekiah his brother king over Judah and Jerusalem. 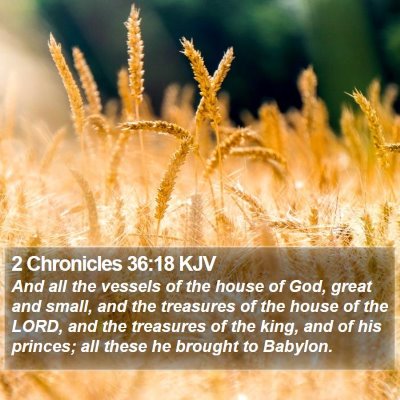 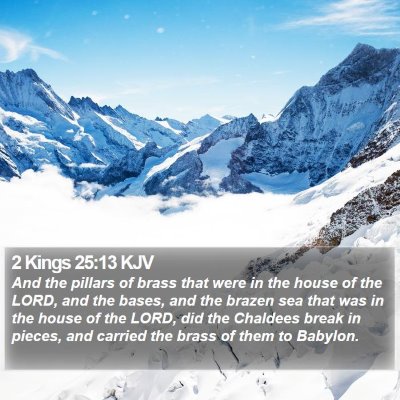 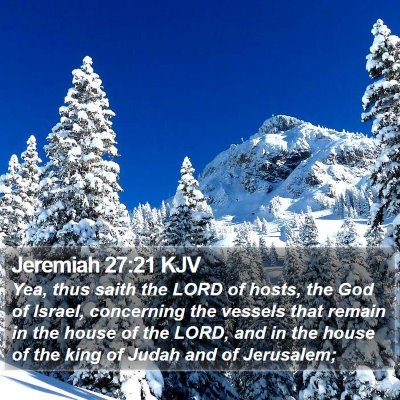 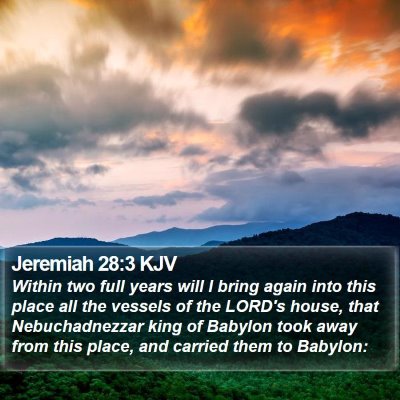 Jeremiah 28:3 (KJV) »
Within two full years will I bring again into this place all the vessels of the LORD's house, that Nebuchadnezzar king of Babylon took away from this place, and carried them to Babylon: 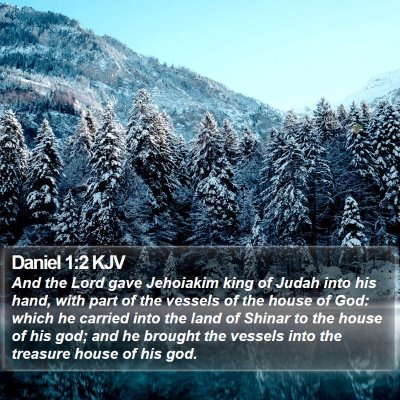 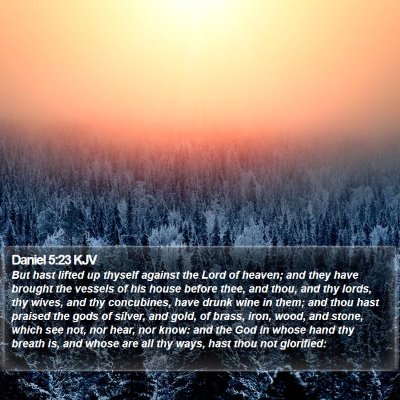 Daniel 5:23 (KJV) »
But hast lifted up thyself against the Lord of heaven; and they have brought the vessels of his house before thee, and thou, and thy lords, thy wives, and thy concubines, have drunk wine in them; and thou hast praised the gods of silver, and gold, of brass, iron, wood, and stone, which see not, nor hear, nor know: and the God in whose hand thy breath is, and whose are all thy ways, hast thou not glorified: 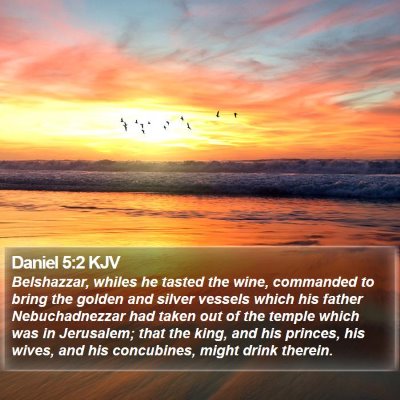 Daniel 5:2 (KJV) »
Belshazzar, whiles he tasted the wine, commanded to bring the golden and silver vessels which his father Nebuchadnezzar had taken out of the temple which was in Jerusalem; that the king, and his princes, his wives, and his concubines, might drink therein.