Best inspirational bible verses with beautiful images and backgrounds. Download Joshua 18:1 KJV Bible verse images and share with your friends and family on Instagram or any social media platform. You can also use the links below to click and share the Joshua 18:1 KJV Bible verse pictures on Facebook, Twitter, Pinterest, LinkedIn, WhatsApp and other social media websites. Scripture Images (https://www.scripture-images.com) offers a large collection of images with scripture quotes and inspirational bible verse pictures about Jesus, God, Love, Faith, Inspiration, Encouragement, Life, Hope, Strength and more.

And the whole congregation of the children of Israel assembled together at Shiloh, and set up the tabernacle of the congregation there. And the land was subdued before them. 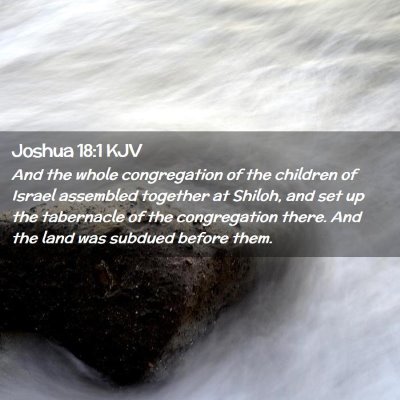 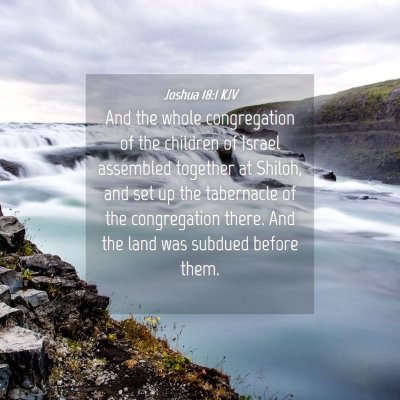 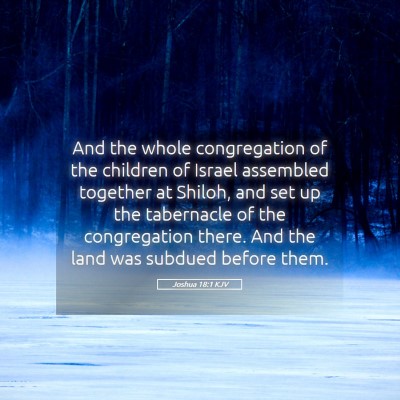 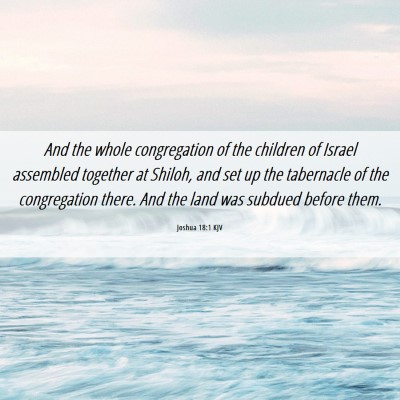 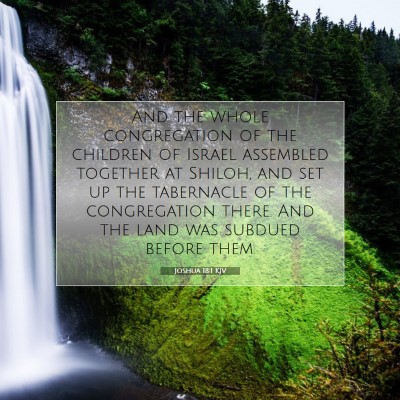 This cross-reference page section has been added with the hope of bringing in-depth meaning and understanding to the Scriptures. The cross references below can help identify similarities between Bible passages. The verses below have been identified in our system as verses related to Joshua 18:1 KJV. Please click on any image below to navigate to that specific Bible verse page. 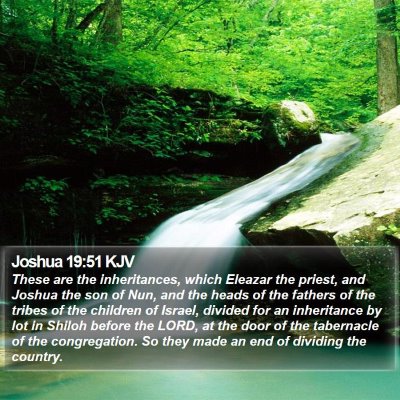 Joshua 19:51 (KJV) »
These are the inheritances, which Eleazar the priest, and Joshua the son of Nun, and the heads of the fathers of the tribes of the children of Israel, divided for an inheritance by lot in Shiloh before the LORD, at the door of the tabernacle of the congregation. So they made an end of dividing the country. 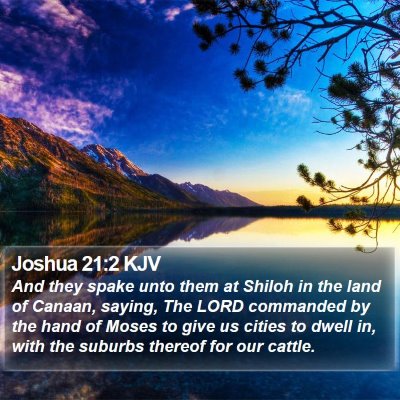 Joshua 21:2 (KJV) »
And they spake unto them at Shiloh in the land of Canaan, saying, The LORD commanded by the hand of Moses to give us cities to dwell in, with the suburbs thereof for our cattle. 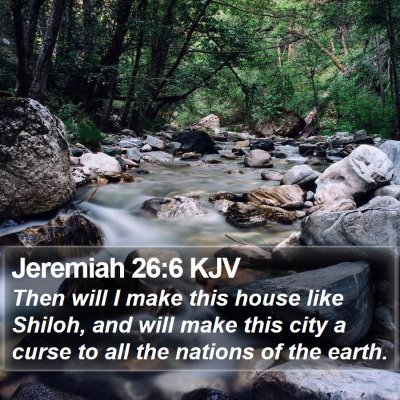 Jeremiah 26:6 (KJV) »
Then will I make this house like Shiloh, and will make this city a curse to all the nations of the earth. 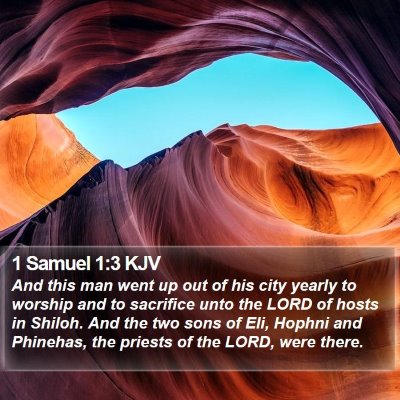 1 Samuel 1:3 (KJV) »
And this man went up out of his city yearly to worship and to sacrifice unto the LORD of hosts in Shiloh. And the two sons of Eli, Hophni and Phinehas, the priests of the LORD, were there. 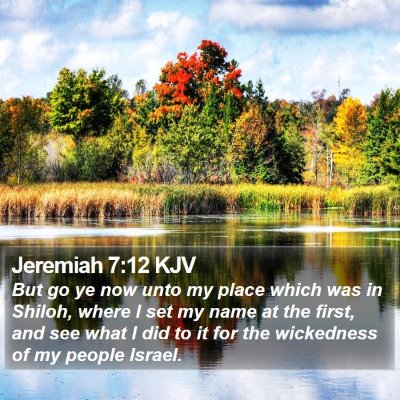 Jeremiah 7:12 (KJV) »
But go ye now unto my place which was in Shiloh, where I set my name at the first, and see what I did to it for the wickedness of my people Israel. 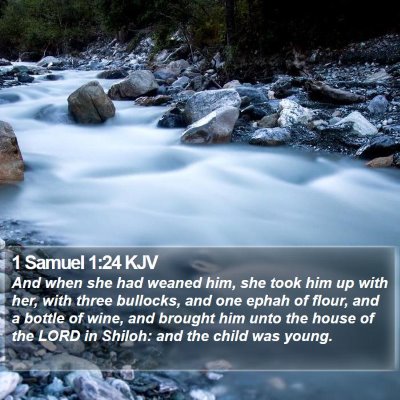 1 Samuel 1:24 (KJV) »
And when she had weaned him, she took him up with her, with three bullocks, and one ephah of flour, and a bottle of wine, and brought him unto the house of the LORD in Shiloh: and the child was young. 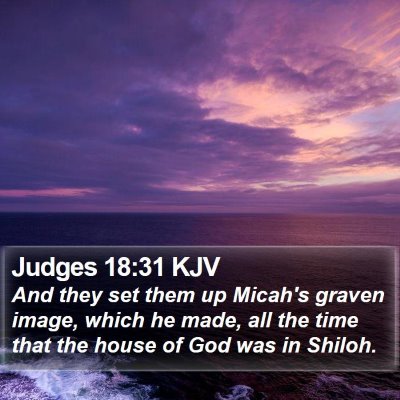 Judges 18:31 (KJV) »
And they set them up Micah's graven image, which he made, all the time that the house of God was in Shiloh. 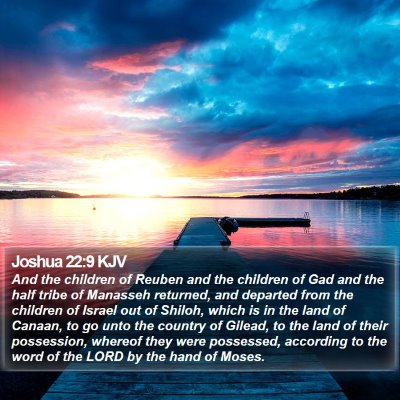 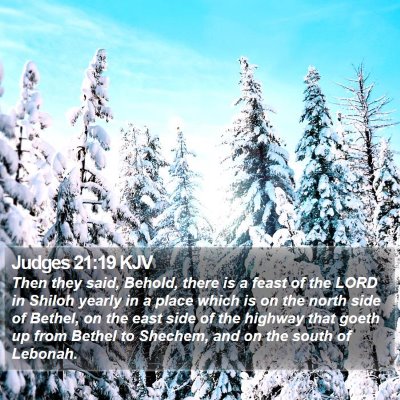 Judges 21:19 (KJV) »
Then they said, Behold, there is a feast of the LORD in Shiloh yearly in a place which is on the north side of Bethel, on the east side of the highway that goeth up from Bethel to Shechem, and on the south of Lebonah. 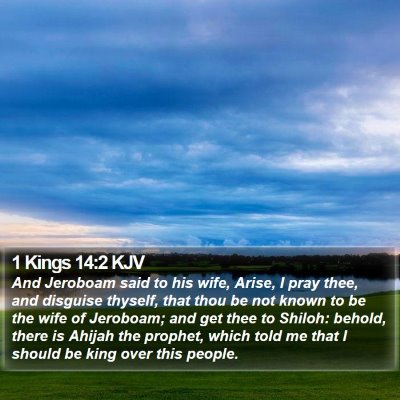 1 Kings 14:2 (KJV) »
And Jeroboam said to his wife, Arise, I pray thee, and disguise thyself, that thou be not known to be the wife of Jeroboam; and get thee to Shiloh: behold, there is Ahijah the prophet, which told me that I should be king over this people. 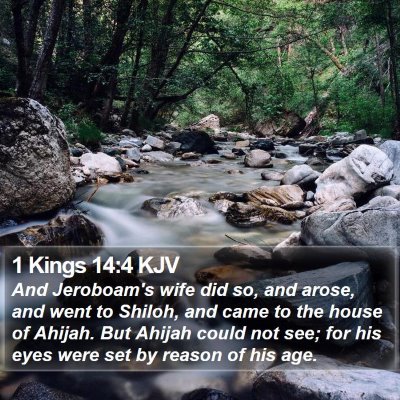 1 Kings 14:4 (KJV) »
And Jeroboam's wife did so, and arose, and went to Shiloh, and came to the house of Ahijah. But Ahijah could not see; for his eyes were set by reason of his age. 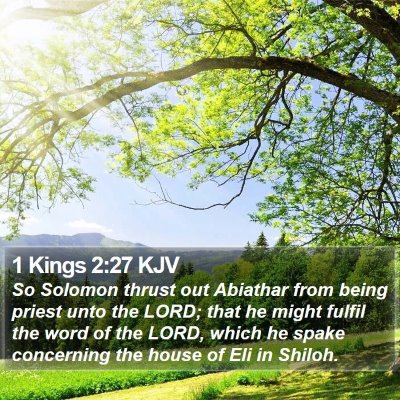 1 Kings 2:27 (KJV) »
So Solomon thrust out Abiathar from being priest unto the LORD; that he might fulfil the word of the LORD, which he spake concerning the house of Eli in Shiloh.