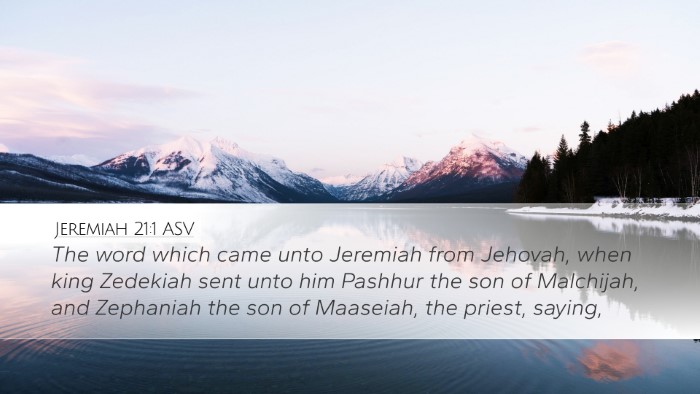 The word which came unto Jeremiah from Jehovah, when king Zedekiah sent unto him Pashhur the son of Malchijah, and Zephaniah the son of Maaseiah, the priest, saying, 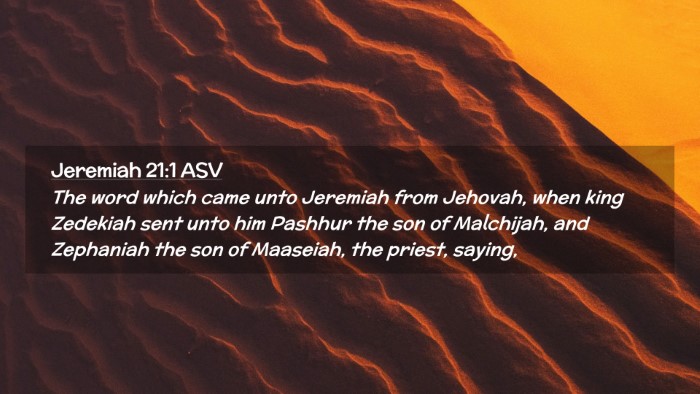 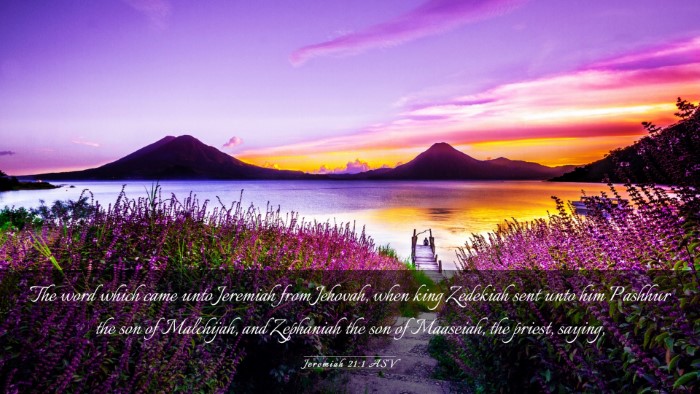 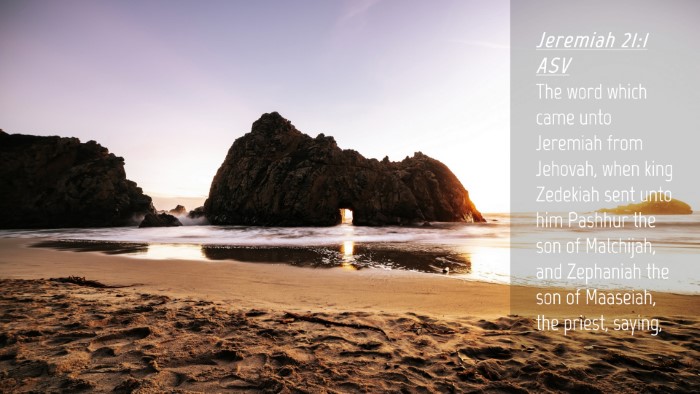 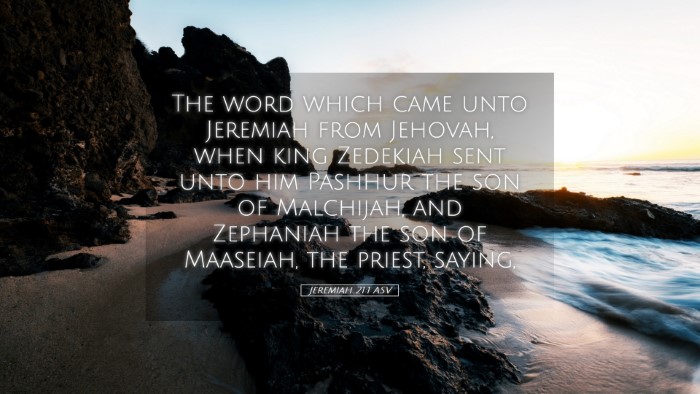 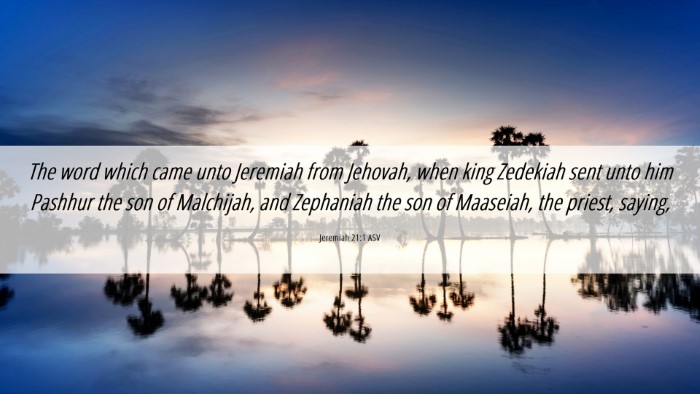 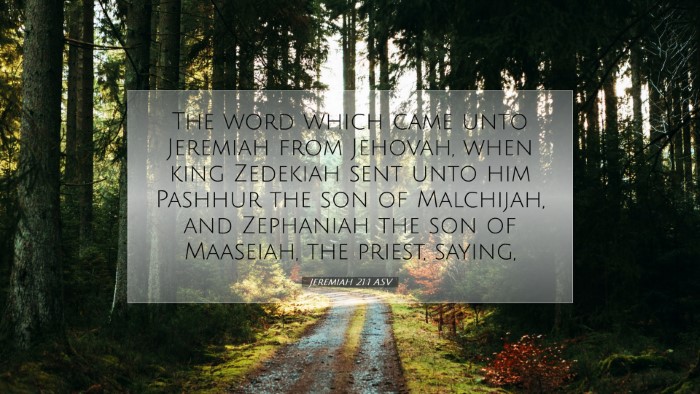 This cross-reference page section has been added with the hope of bringing in-depth meaning and understanding to the Scriptures. The cross references below can help identify similarities between Bible passages. The verses below have been identified in our system as verses related to Jeremiah 21:1 ASV. Please click on any image below to navigate to that specific Bible verse page. 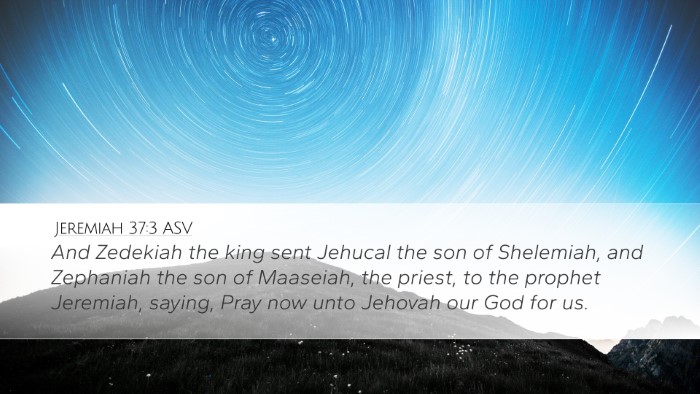 Jeremiah 37:3 (ASV) »
And Zedekiah the king sent Jehucal the son of Shelemiah, and Zephaniah the son of Maaseiah, the priest, to the prophet Jeremiah, saying, Pray now unto Jehovah our God for us. 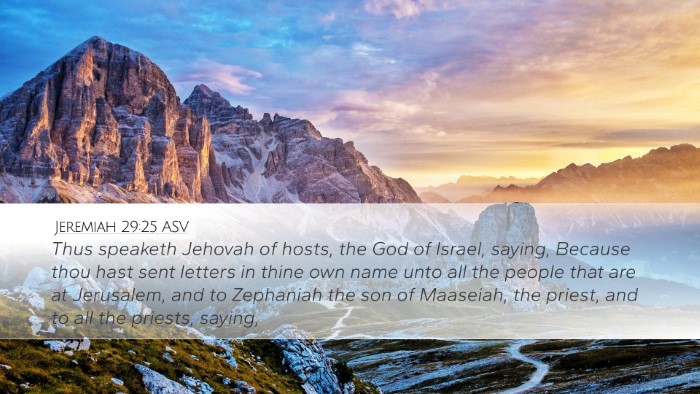 Jeremiah 29:25 (ASV) »
Thus speaketh Jehovah of hosts, the God of Israel, saying, Because thou hast sent letters in thine own name unto all the people that are at Jerusalem, and to Zephaniah the son of Maaseiah, the priest, and to all the priests, saying, 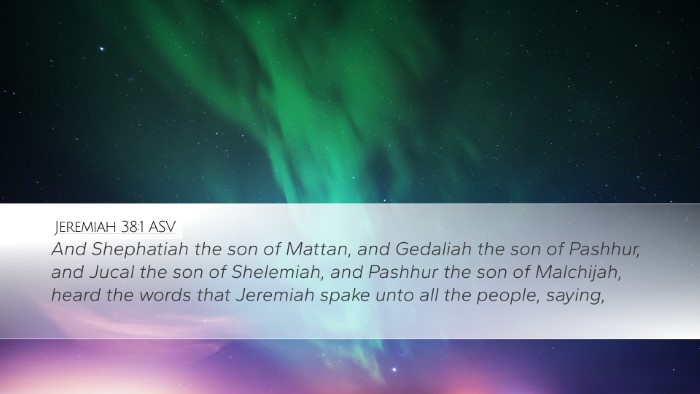 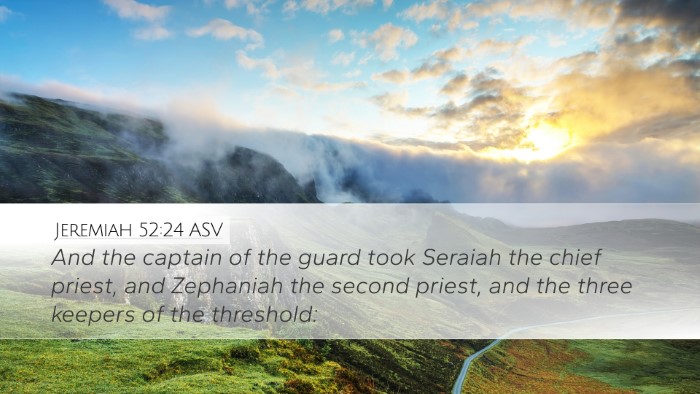 Jeremiah 52:24 (ASV) »
And the captain of the guard took Seraiah the chief priest, and Zephaniah the second priest, and the three keepers of the threshold: 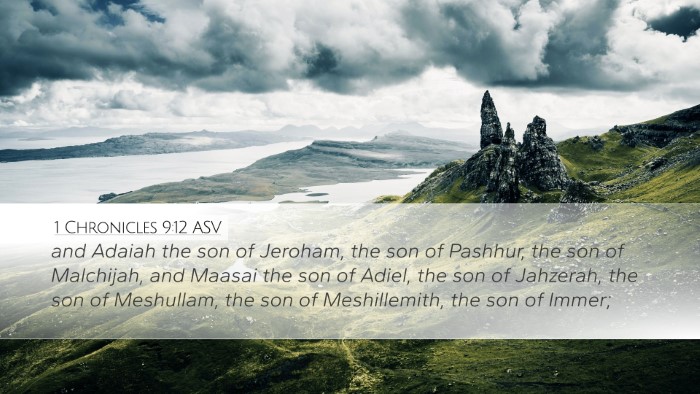 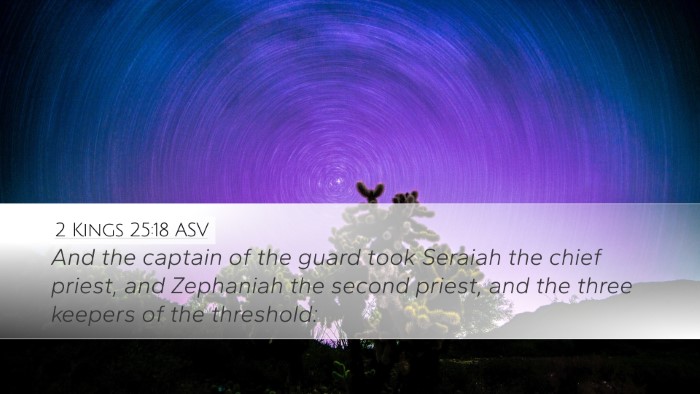 2 Kings 25:18 (ASV) »
And the captain of the guard took Seraiah the chief priest, and Zephaniah the second priest, and the three keepers of the threshold: 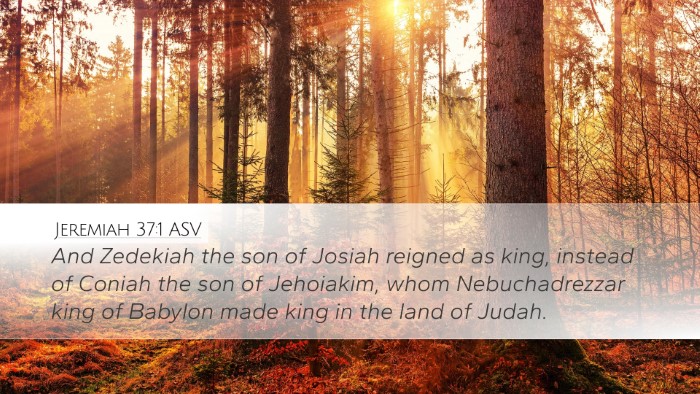 Jeremiah 37:1 (ASV) »
And Zedekiah the son of Josiah reigned as king, instead of Coniah the son of Jehoiakim, whom Nebuchadrezzar king of Babylon made king in the land of Judah. 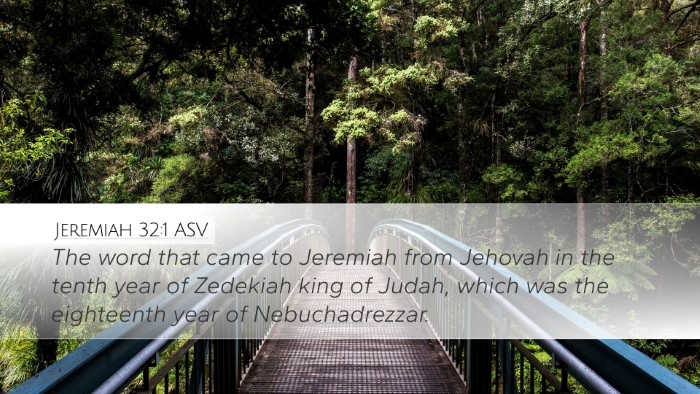 Jeremiah 32:1 (ASV) »
The word that came to Jeremiah from Jehovah in the tenth year of Zedekiah king of Judah, which was the eighteenth year of Nebuchadrezzar. 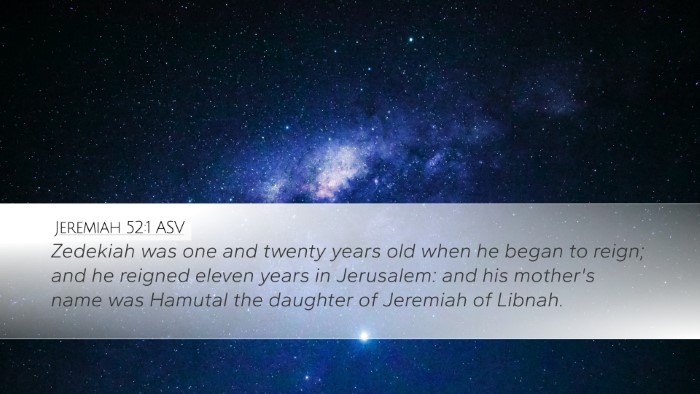 Jeremiah 52:1 (ASV) »
Zedekiah was one and twenty years old when he began to reign; and he reigned eleven years in Jerusalem: and his mother's name was Hamutal the daughter of Jeremiah of Libnah. 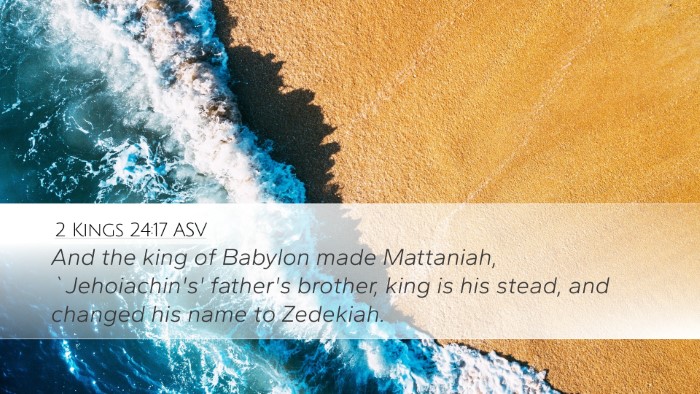 2 Kings 24:17 (ASV) »
And the king of Babylon made Mattaniah, `Jehoiachin's' father's brother, king is his stead, and changed his name to Zedekiah. 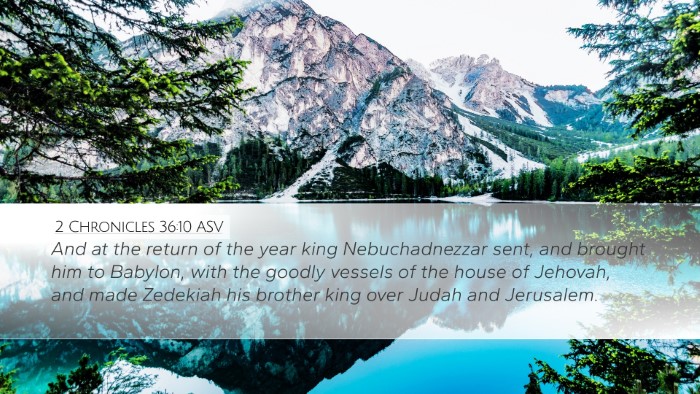 2 Chronicles 36:10 (ASV) »
And at the return of the year king Nebuchadnezzar sent, and brought him to Babylon, with the goodly vessels of the house of Jehovah, and made Zedekiah his brother king over Judah and Jerusalem. 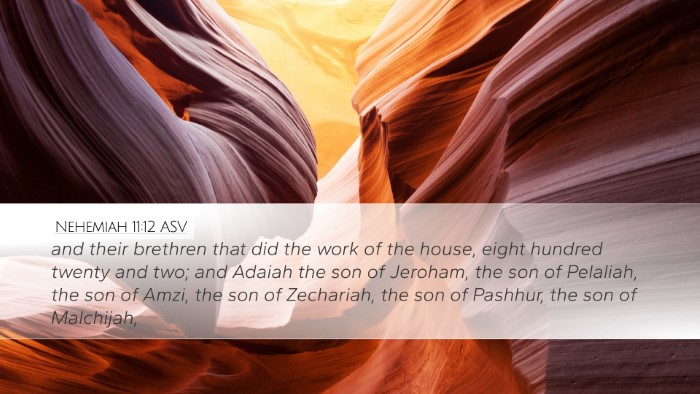