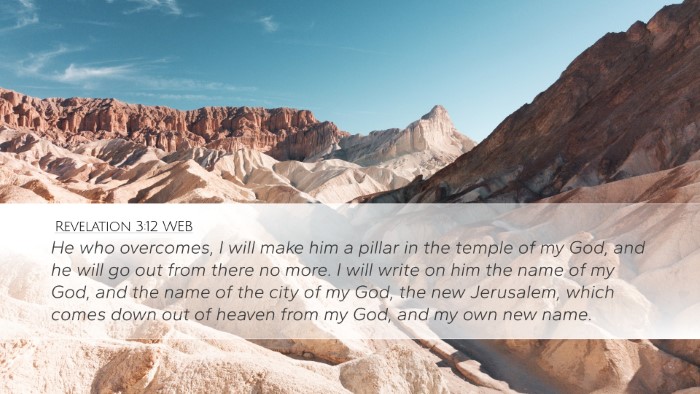 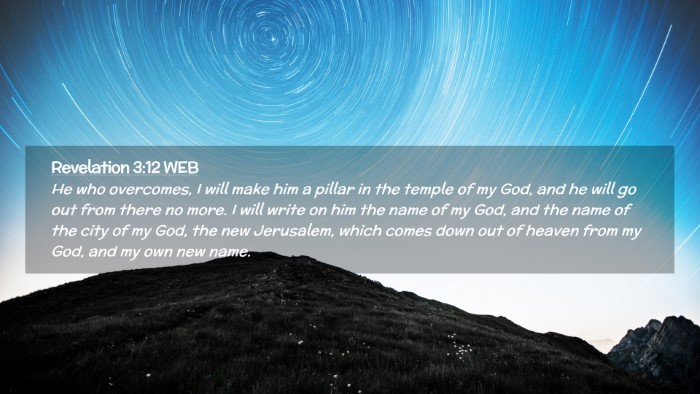 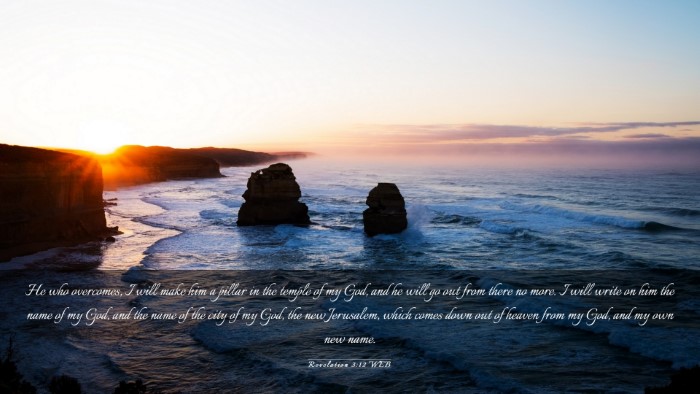 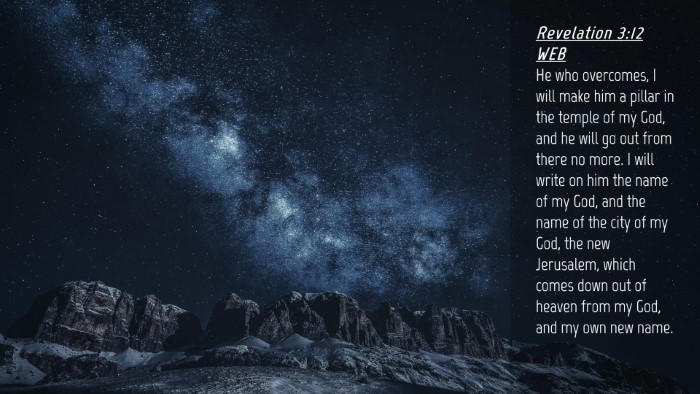 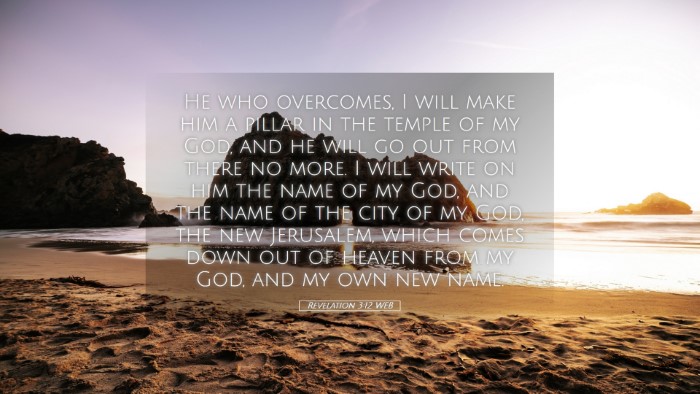 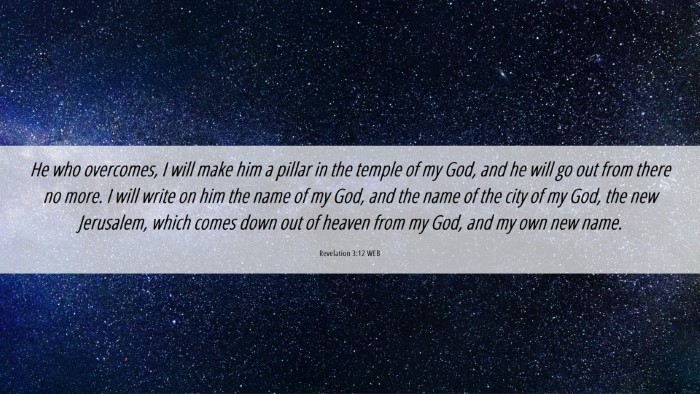 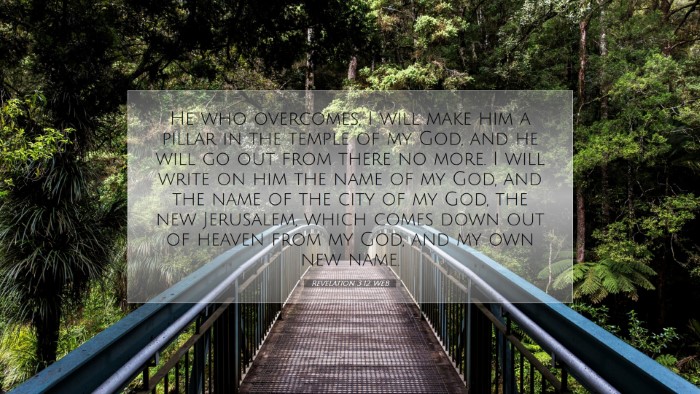 This cross-reference page section has been added with the hope of bringing in-depth meaning and understanding to the Scriptures. The cross references below can help identify similarities between Bible passages. The verses below have been identified in our system as verses related to Revelation 3:12 WEB. Please click on any image below to navigate to that specific Bible verse page. 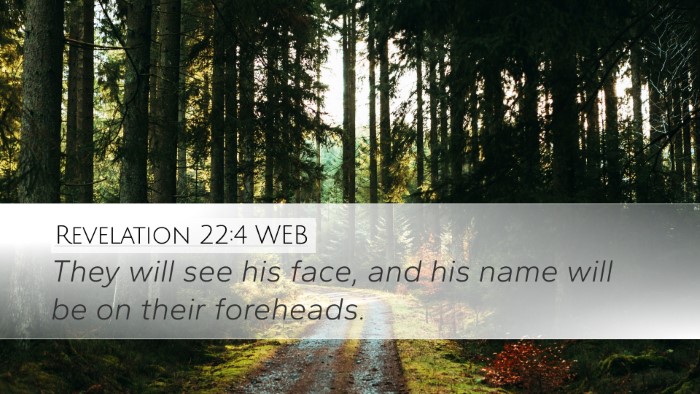 Revelation 22:4 (WEB) »
They will see his face, and his name will be on their foreheads. 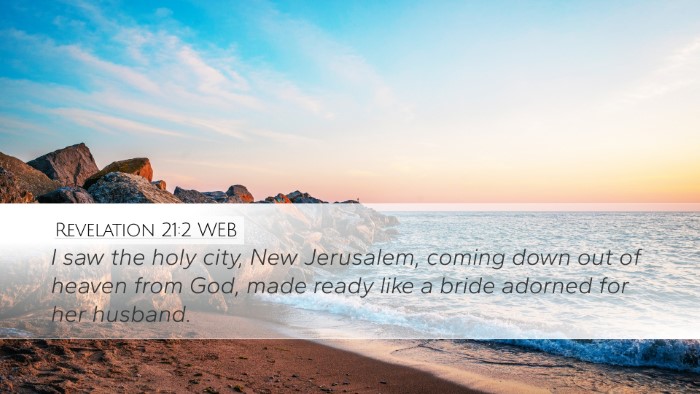 Revelation 21:2 (WEB) »
I saw the holy city, New Jerusalem, coming down out of heaven from God, made ready like a bride adorned for her husband. 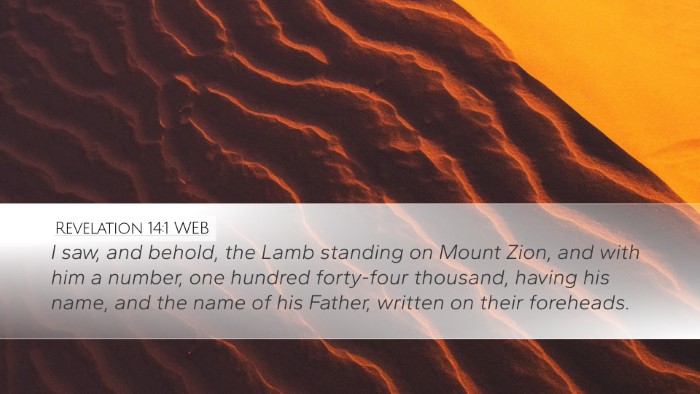 Revelation 14:1 (WEB) »
I saw, and behold, the Lamb standing on Mount Zion, and with him a number, one hundred forty-four thousand, having his name, and the name of his Father, written on their foreheads. 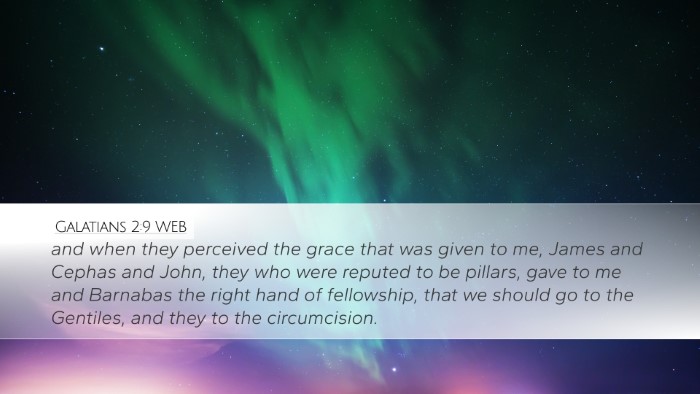 Galatians 2:9 (WEB) »
and when they perceived the grace that was given to me, James and Cephas and John, they who were reputed to be pillars, gave to me and Barnabas the right hand of fellowship, that we should go to the Gentiles, and they to the circumcision. 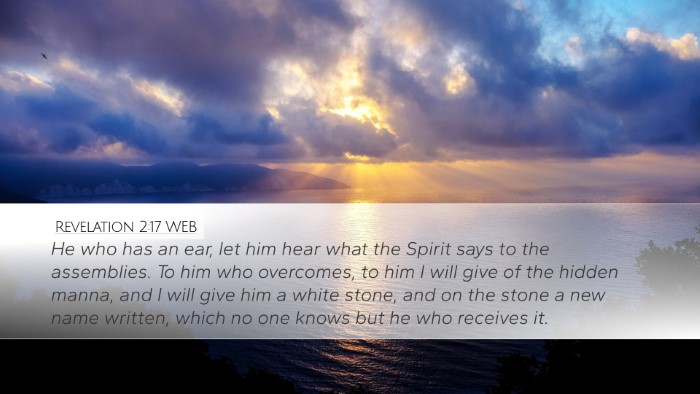 Revelation 2:17 (WEB) »
He who has an ear, let him hear what the Spirit says to the assemblies. To him who overcomes, to him I will give of the hidden manna, and I will give him a white stone, and on the stone a new name written, which no one knows but he who receives it. 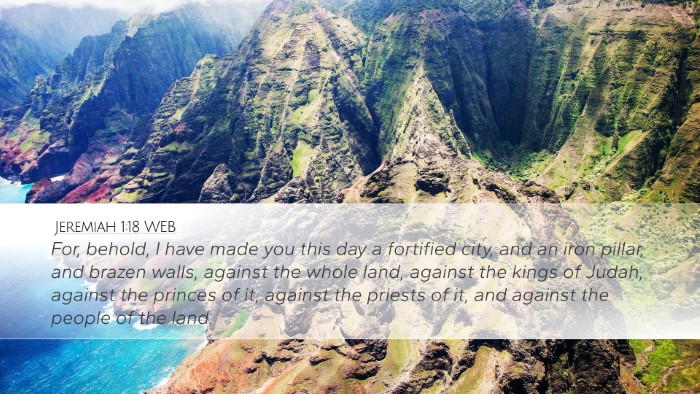 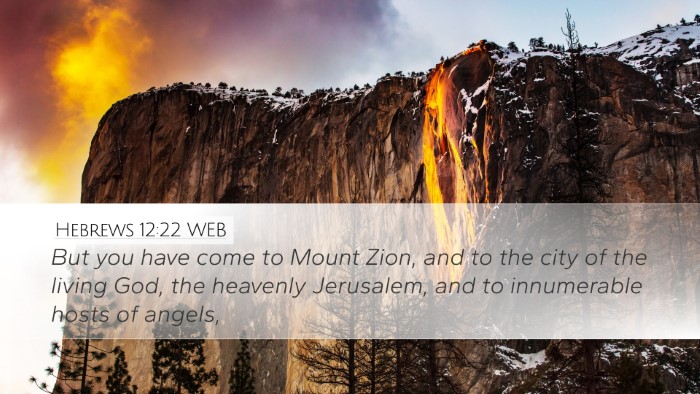 Hebrews 12:22 (WEB) »
But you have come to Mount Zion, and to the city of the living God, the heavenly Jerusalem, and to innumerable hosts of angels, 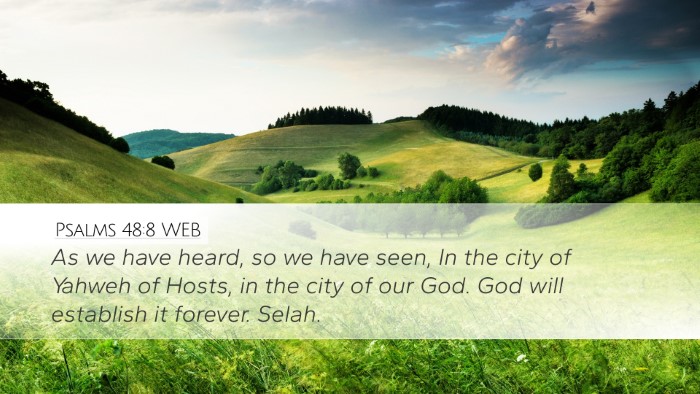 Psalms 48:8 (WEB) »
As we have heard, so we have seen, In the city of Yahweh of Hosts, in the city of our God. God will establish it forever. Selah. 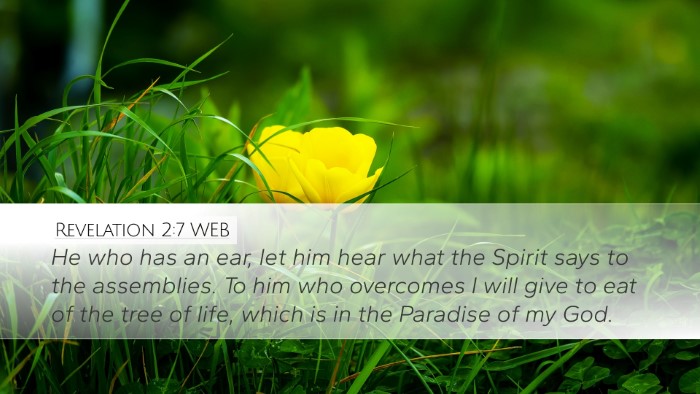 Revelation 2:7 (WEB) »
He who has an ear, let him hear what the Spirit says to the assemblies. To him who overcomes I will give to eat of the tree of life, which is in the Paradise of my God. 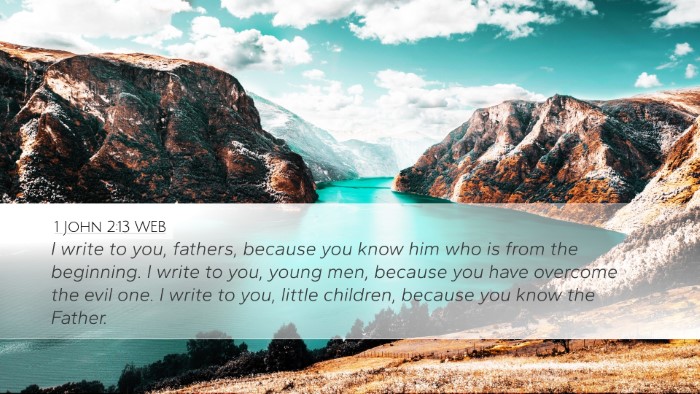 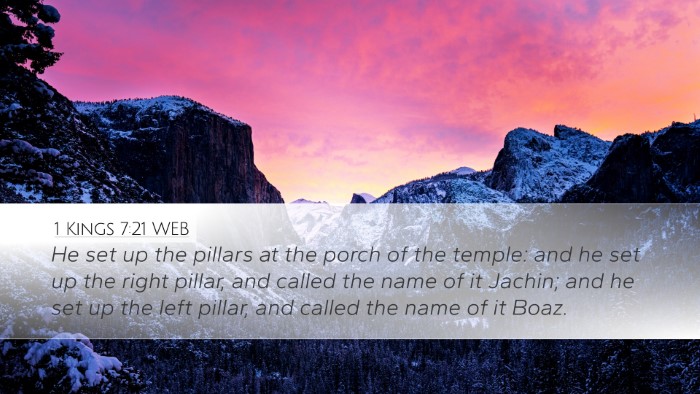 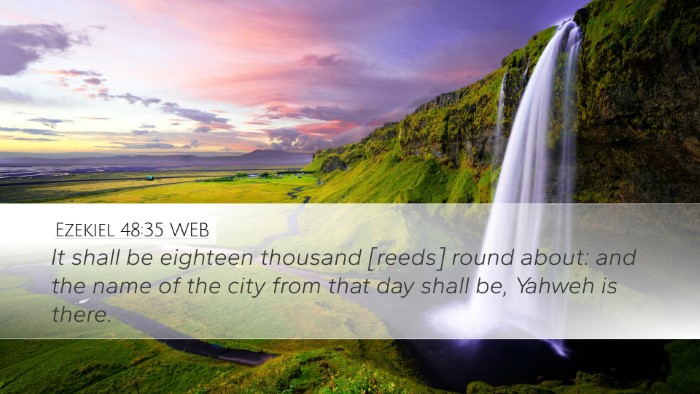 Ezekiel 48:35 (WEB) »
It shall be eighteen thousand [reeds] round about: and the name of the city from that day shall be, Yahweh is there.