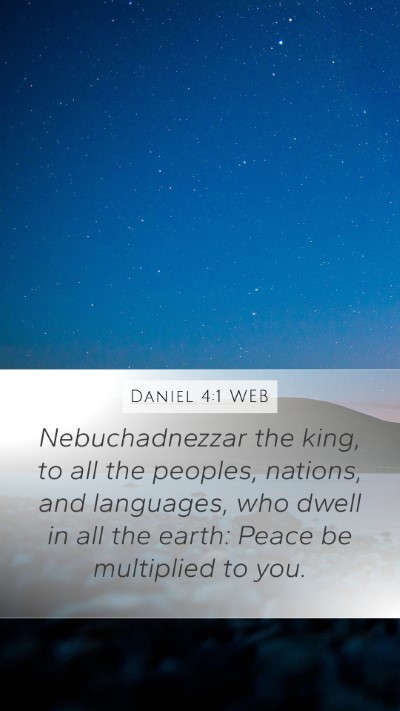 Nebuchadnezzar the king, to all the peoples, nations, and languages, who dwell in all the earth: Peace be multiplied to you. 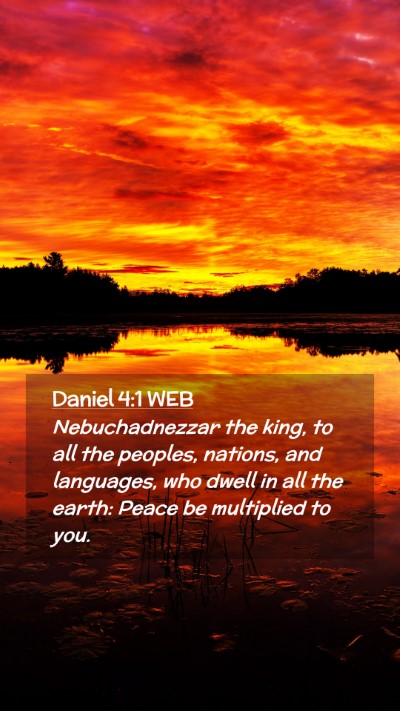 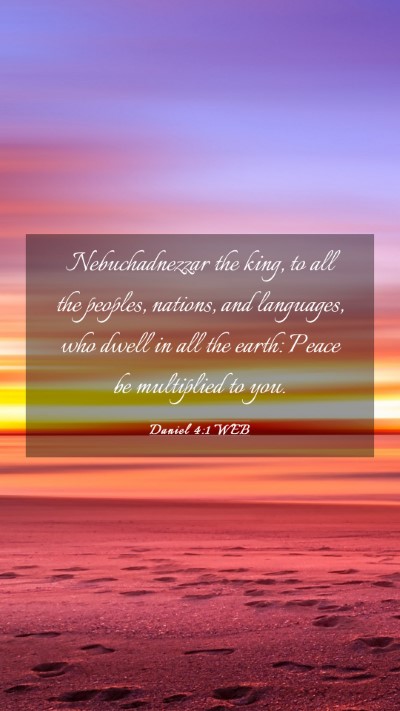 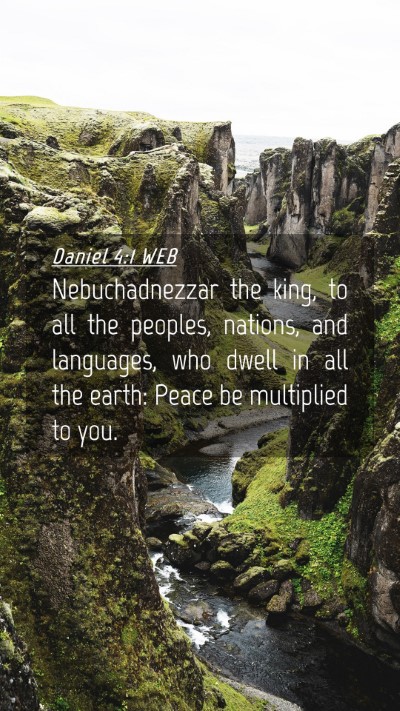 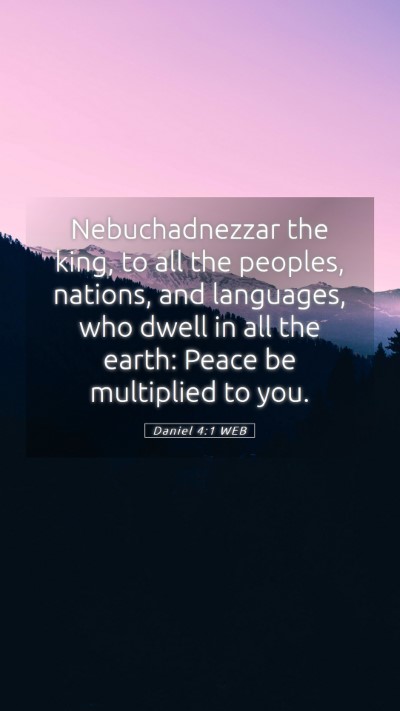 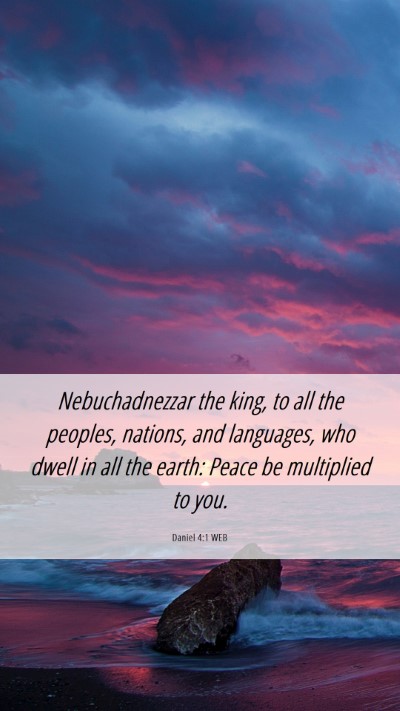 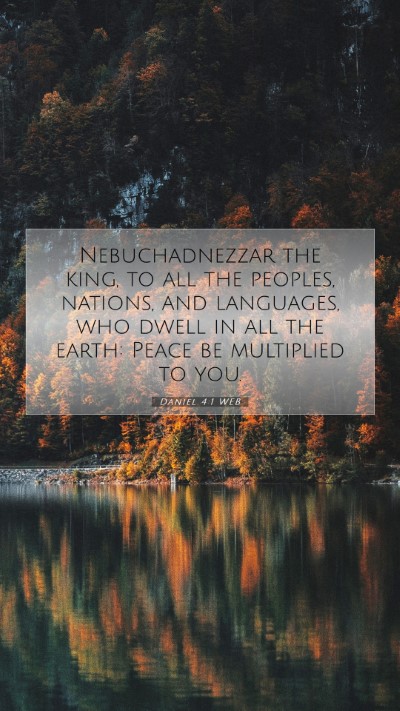 This cross-reference page section has been added with the hope of bringing in-depth meaning and understanding to the Scriptures. The cross references below can help identify similarities between Bible passages. The verses below have been identified in our system as verses related to Daniel 4:1 WEB. Please click on any image below to navigate to that specific Bible verse page. 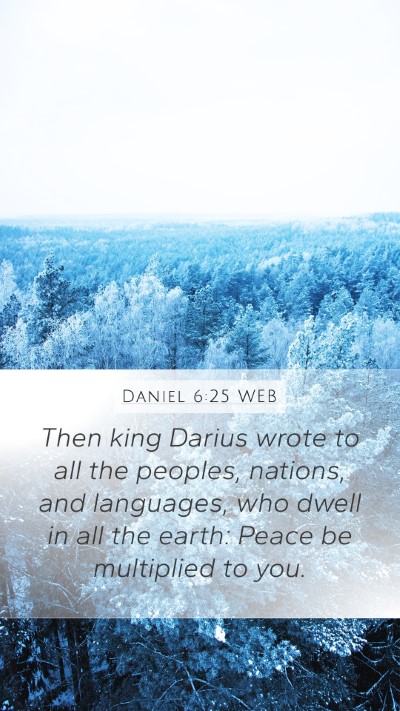 Daniel 6:25 (WEB) »
Then king Darius wrote to all the peoples, nations, and languages, who dwell in all the earth: Peace be multiplied to you. 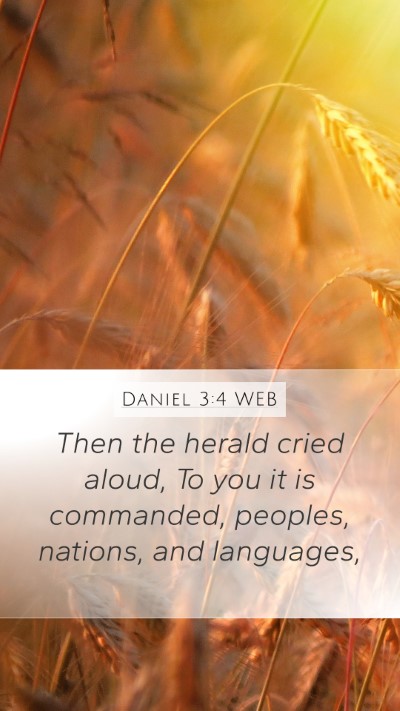 Daniel 3:4 (WEB) »
Then the herald cried aloud, To you it is commanded, peoples, nations, and languages, 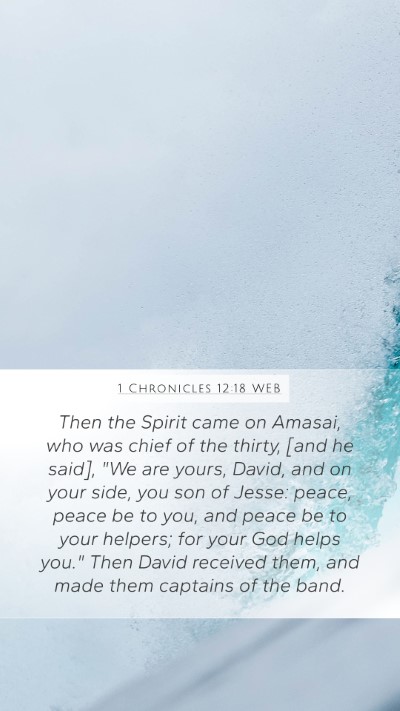 1 Chronicles 12:18 (WEB) »
Then the Spirit came on Amasai, who was chief of the thirty, [and he said], "We are yours, David, and on your side, you son of Jesse: peace, peace be to you, and peace be to your helpers; for your God helps you." Then David received them, and made them captains of the band. 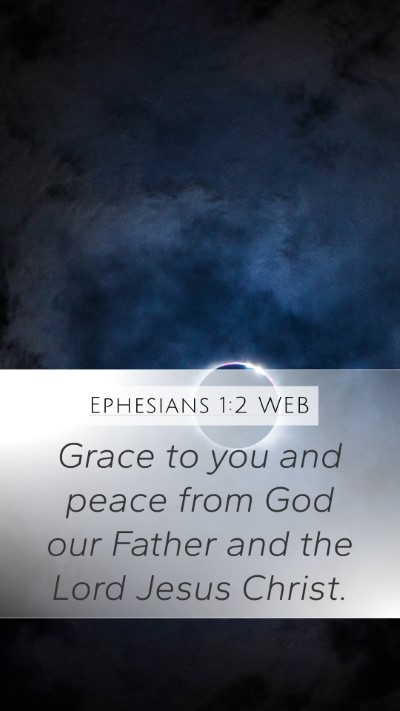 Ephesians 1:2 (WEB) »
Grace to you and peace from God our Father and the Lord Jesus Christ. 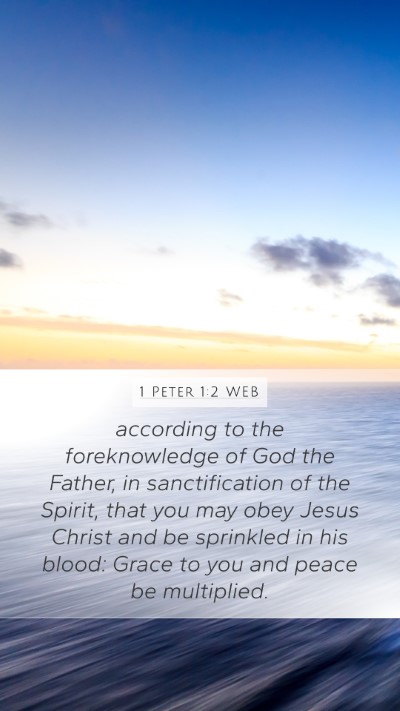 1 Peter 1:2 (WEB) »
according to the foreknowledge of God the Father, in sanctification of the Spirit, that you may obey Jesus Christ and be sprinkled in his blood: Grace to you and peace be multiplied. 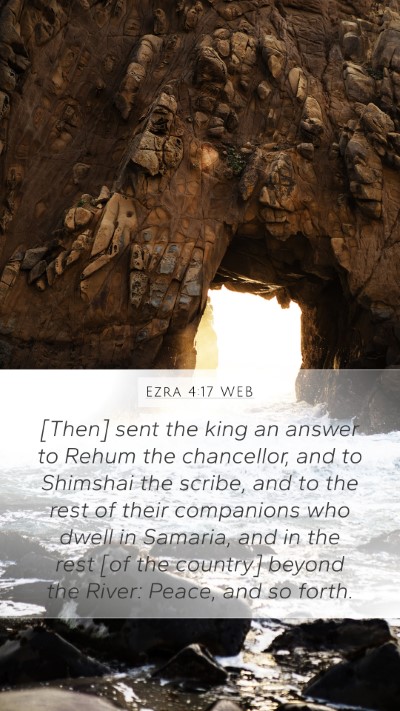 Ezra 4:17 (WEB) »
[Then] sent the king an answer to Rehum the chancellor, and to Shimshai the scribe, and to the rest of their companions who dwell in Samaria, and in the rest [of the country] beyond the River: Peace, and so forth. 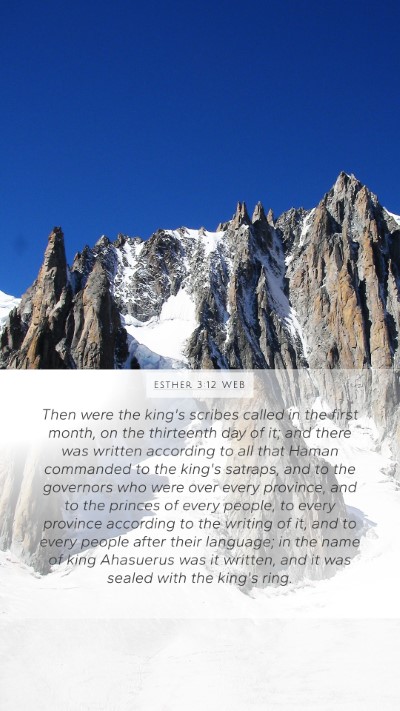 Esther 3:12 (WEB) »
Then were the king's scribes called in the first month, on the thirteenth day of it; and there was written according to all that Haman commanded to the king's satraps, and to the governors who were over every province, and to the princes of every people, to every province according to the writing of it, and to every people after their language; in the name of king Ahasuerus was it written, and it was sealed with the king's ring. 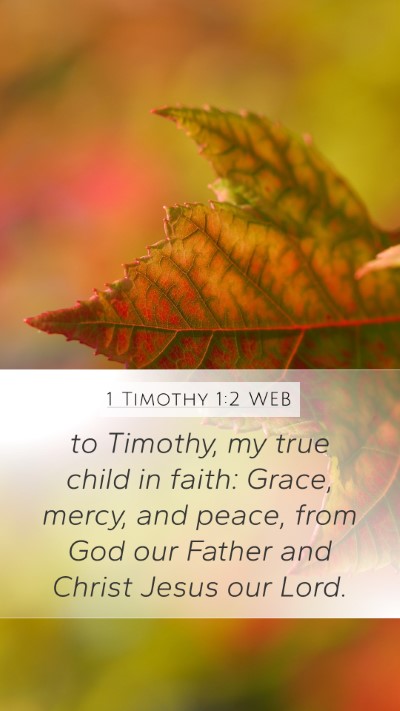 1 Timothy 1:2 (WEB) »
to Timothy, my true child in faith: Grace, mercy, and peace, from God our Father and Christ Jesus our Lord. 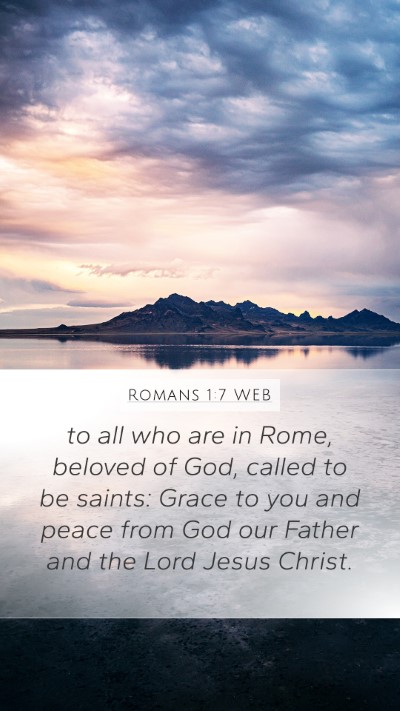 Romans 1:7 (WEB) »
to all who are in Rome, beloved of God, called to be saints: Grace to you and peace from God our Father and the Lord Jesus Christ. 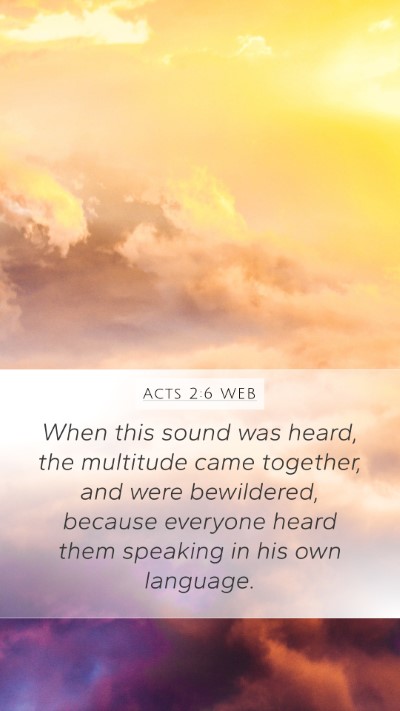 Acts 2:6 (WEB) »
When this sound was heard, the multitude came together, and were bewildered, because everyone heard them speaking in his own language. 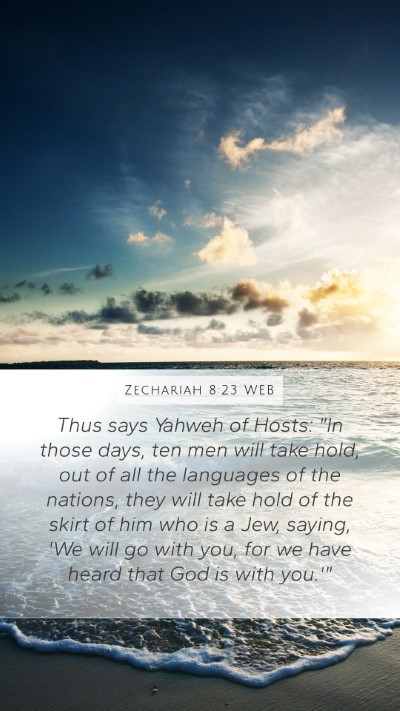 Zechariah 8:23 (WEB) »
Thus says Yahweh of Hosts: "In those days, ten men will take hold, out of all the languages of the nations, they will take hold of the skirt of him who is a Jew, saying, 'We will go with you, for we have heard that God is with you.'" 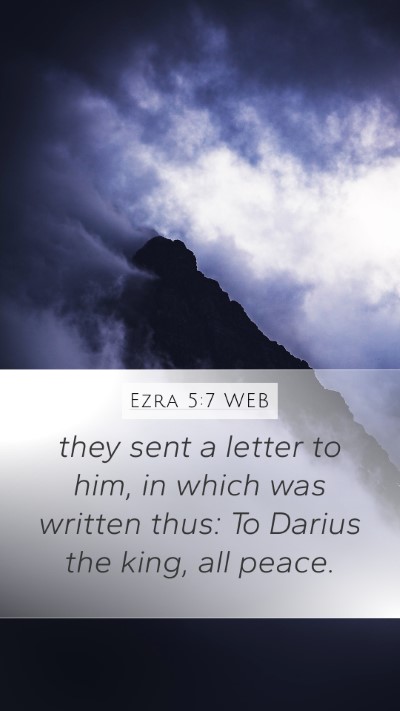 Ezra 5:7 (WEB) »
they sent a letter to him, in which was written thus: To Darius the king, all peace.