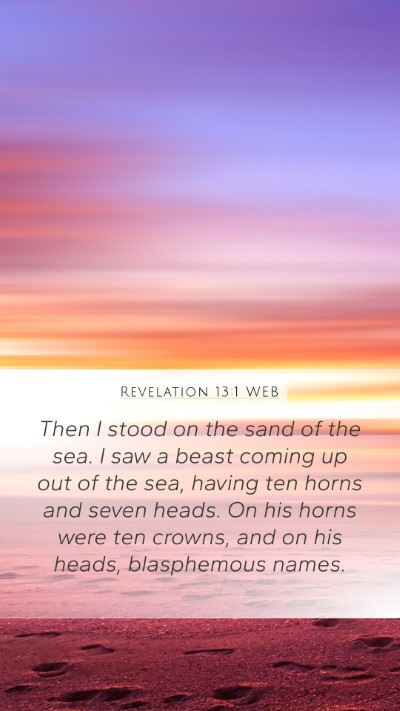 Then I stood on the sand of the sea. I saw a beast coming up out of the sea, having ten horns and seven heads. On his horns were ten crowns, and on his heads, blasphemous names. 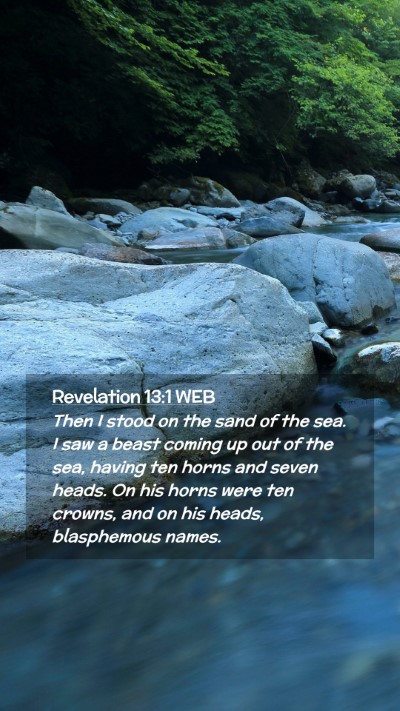 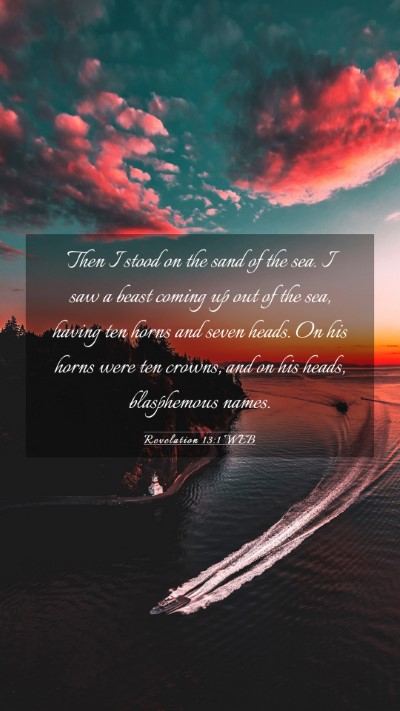 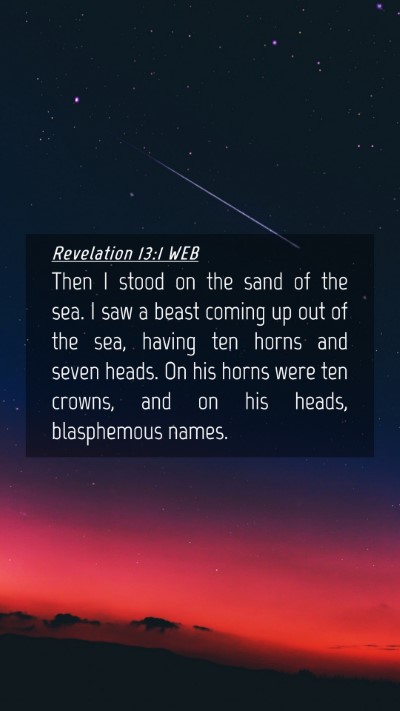 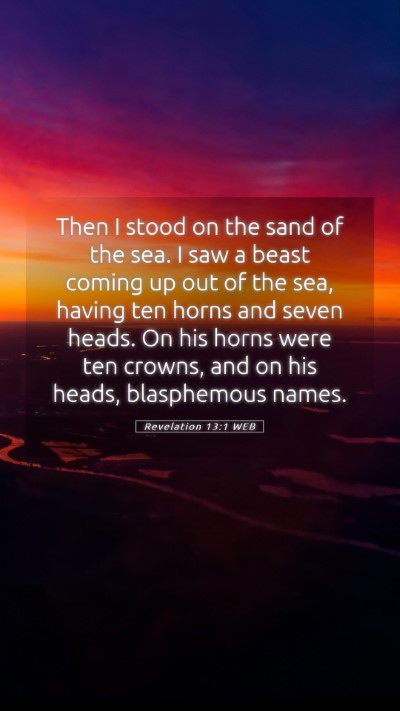 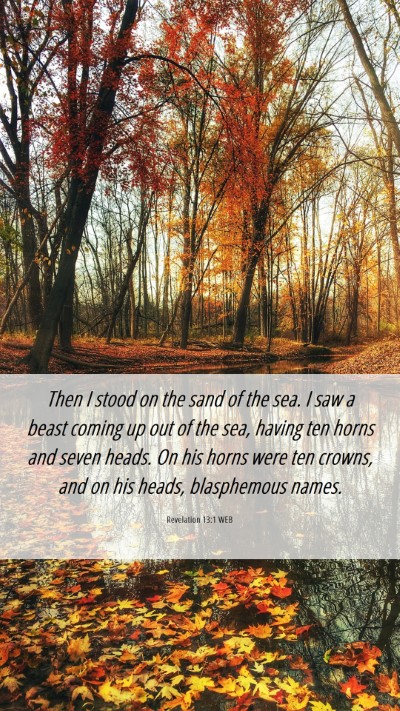 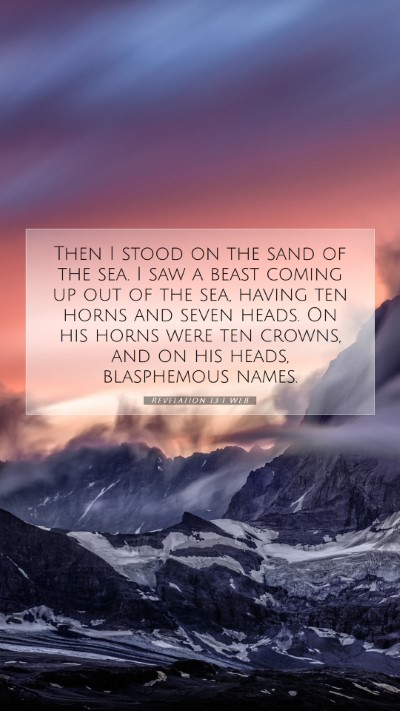 This cross-reference page section has been added with the hope of bringing in-depth meaning and understanding to the Scriptures. The cross references below can help identify similarities between Bible passages. The verses below have been identified in our system as verses related to Revelation 13:1 WEB. Please click on any image below to navigate to that specific Bible verse page. 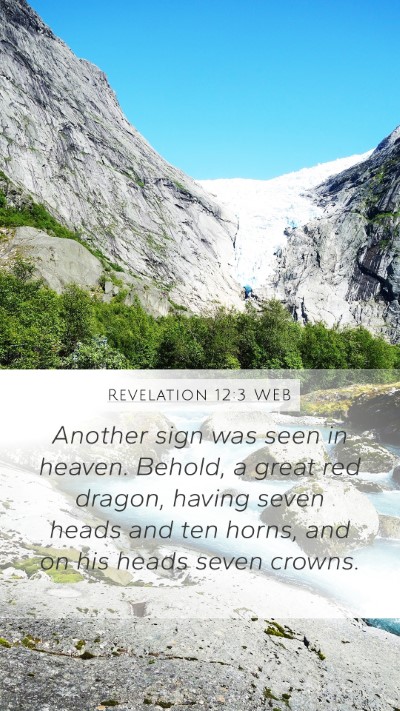 Revelation 12:3 (WEB) »
Another sign was seen in heaven. Behold, a great red dragon, having seven heads and ten horns, and on his heads seven crowns. 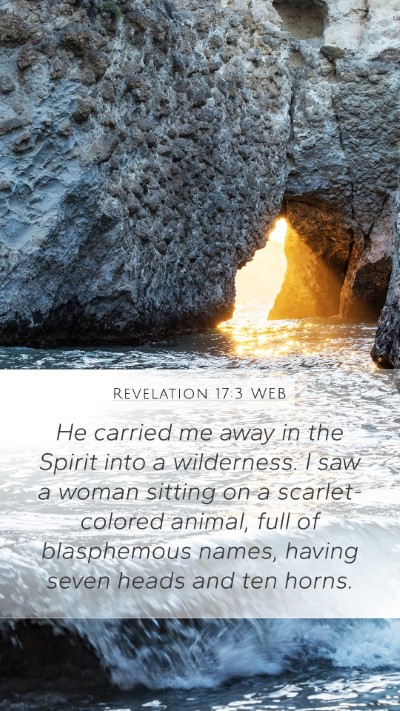 Revelation 17:3 (WEB) »
He carried me away in the Spirit into a wilderness. I saw a woman sitting on a scarlet-colored animal, full of blasphemous names, having seven heads and ten horns. 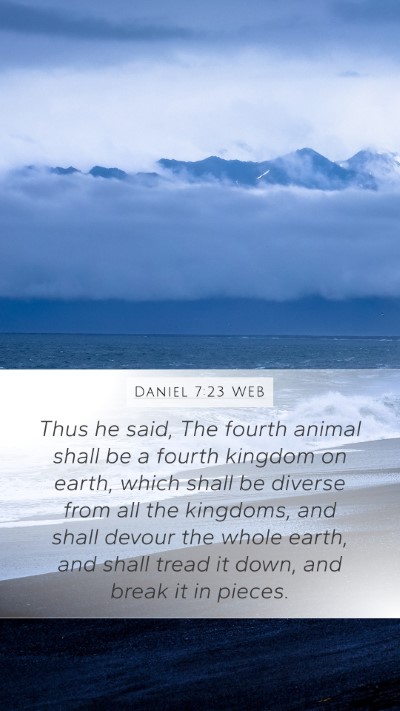 Daniel 7:23 (WEB) »
Thus he said, The fourth animal shall be a fourth kingdom on earth, which shall be diverse from all the kingdoms, and shall devour the whole earth, and shall tread it down, and break it in pieces. 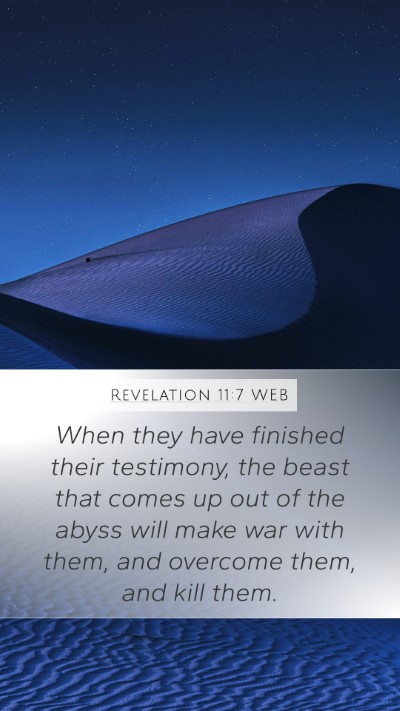 Revelation 11:7 (WEB) »
When they have finished their testimony, the beast that comes up out of the abyss will make war with them, and overcome them, and kill them. 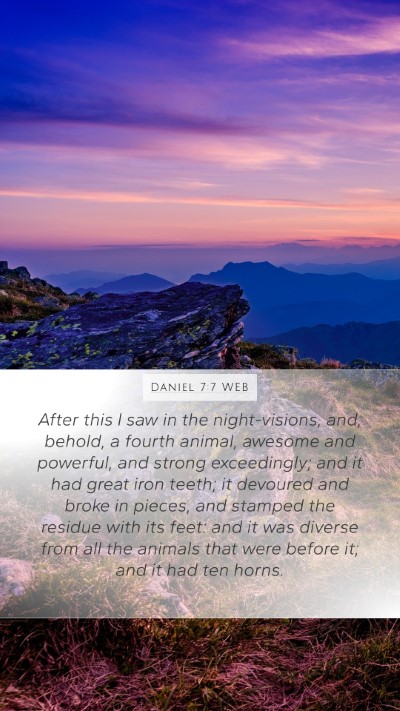 Daniel 7:7 (WEB) »
After this I saw in the night-visions, and, behold, a fourth animal, awesome and powerful, and strong exceedingly; and it had great iron teeth; it devoured and broke in pieces, and stamped the residue with its feet: and it was diverse from all the animals that were before it; and it had ten horns. 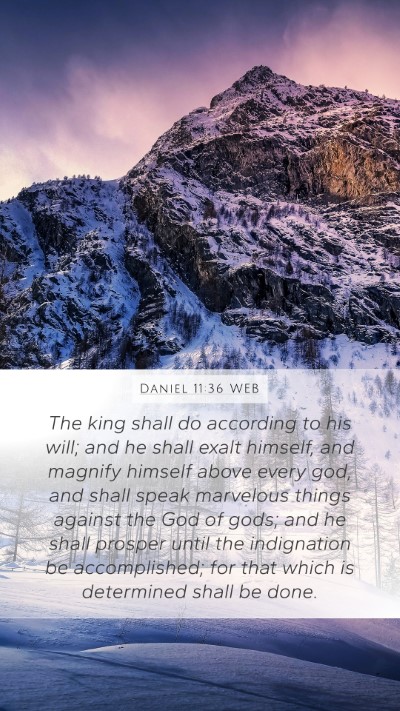 Daniel 11:36 (WEB) »
The king shall do according to his will; and he shall exalt himself, and magnify himself above every god, and shall speak marvelous things against the God of gods; and he shall prosper until the indignation be accomplished; for that which is determined shall be done.

Daniel 7:2 (WEB) »
Daniel spoke and said, I saw in my vision by night, and, behold, the four winds of the sky broke forth on the great sea. 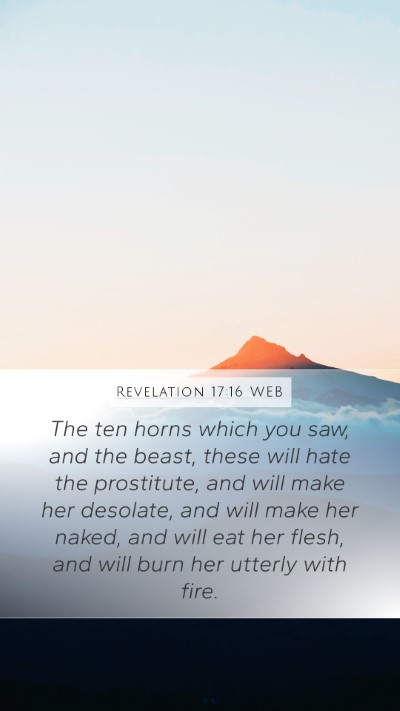 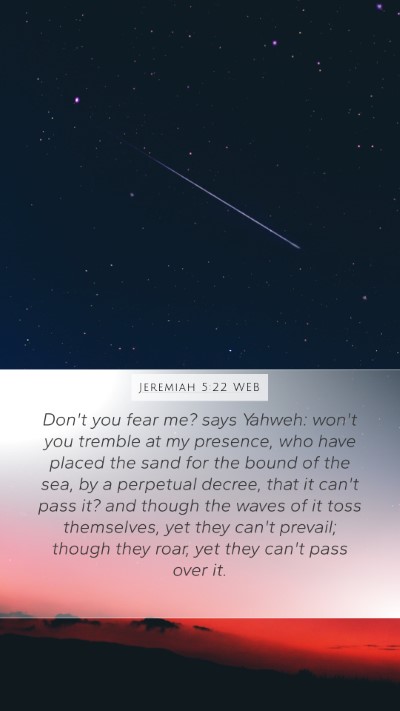 Jeremiah 5:22 (WEB) »
Don't you fear me? says Yahweh: won't you tremble at my presence, who have placed the sand for the bound of the sea, by a perpetual decree, that it can't pass it? and though the waves of it toss themselves, yet they can't prevail; though they roar, yet they can't pass over it. 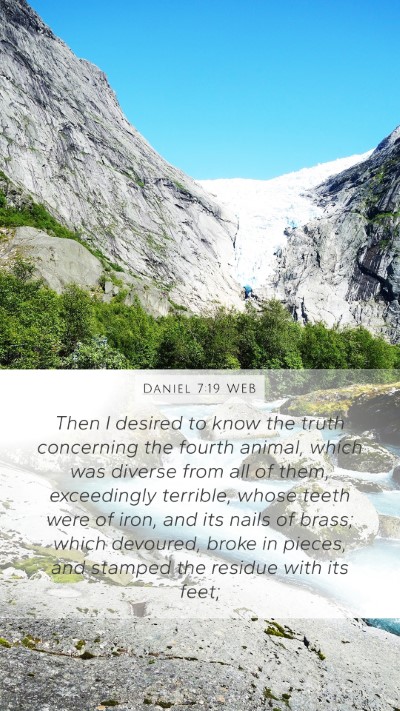 Daniel 7:19 (WEB) »
Then I desired to know the truth concerning the fourth animal, which was diverse from all of them, exceedingly terrible, whose teeth were of iron, and its nails of brass; which devoured, broke in pieces, and stamped the residue with its feet; 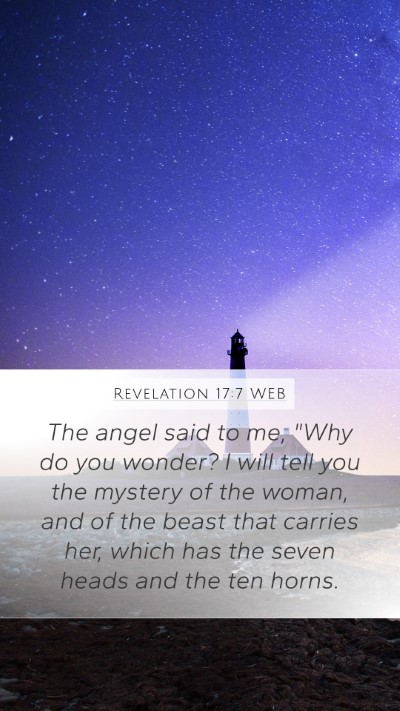 Revelation 17:7 (WEB) »
The angel said to me, "Why do you wonder? I will tell you the mystery of the woman, and of the beast that carries her, which has the seven heads and the ten horns. 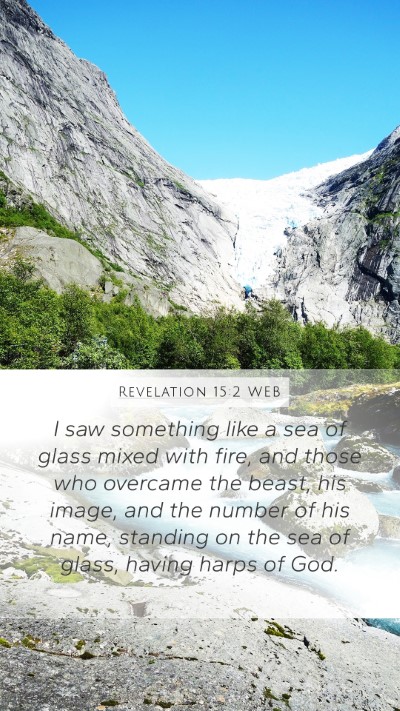 Revelation 15:2 (WEB) »
I saw something like a sea of glass mixed with fire, and those who overcame the beast, his image, and the number of his name, standing on the sea of glass, having harps of God.