Best inspirational bible verses with beautiful images and backgrounds. Download Revelation 1:13 KJV Bible verse images and share with your friends and family on Instagram or any social media platform. You can also use the links below to click and share the Revelation 1:13 KJV Bible verse pictures on Facebook, Twitter, Pinterest, LinkedIn, WhatsApp and other social media websites. Scripture Images (https://www.scripture-images.com) offers a large collection of images with scripture quotes and inspirational bible verse pictures about Jesus, God, Love, Faith, Inspiration, Encouragement, Life, Hope, Strength and more. 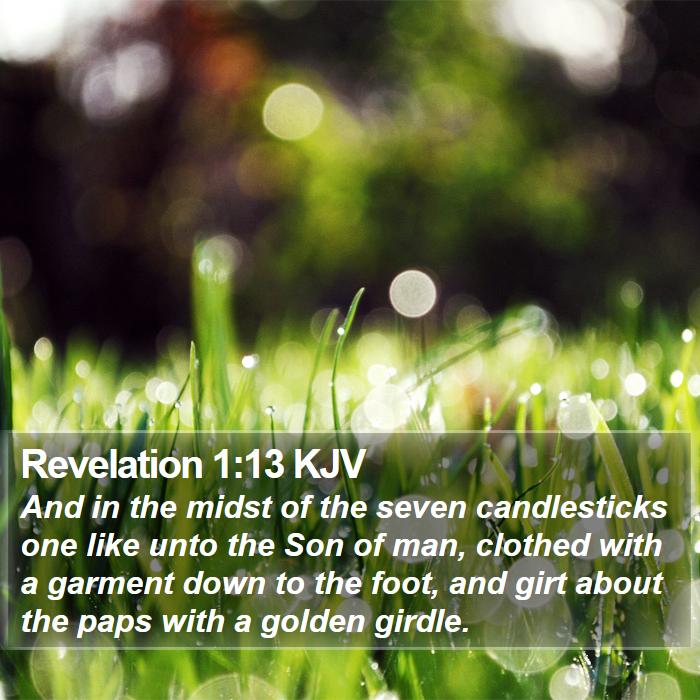 And in the midst of the seven candlesticks one like unto the Son of man, clothed with a garment down to the foot, and girt about the paps with a golden girdle. 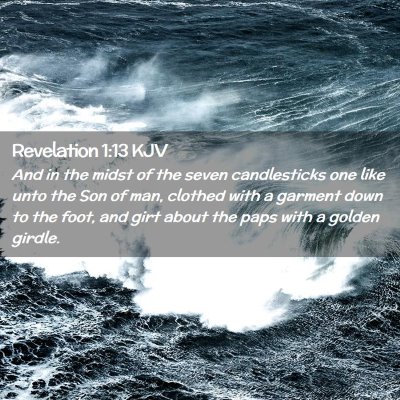 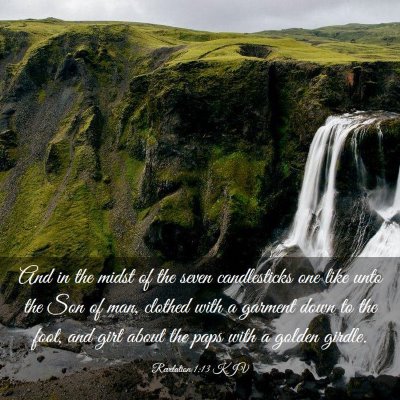 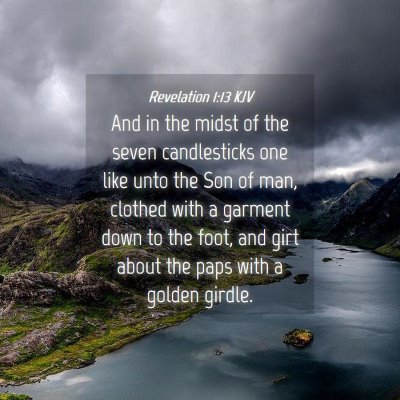 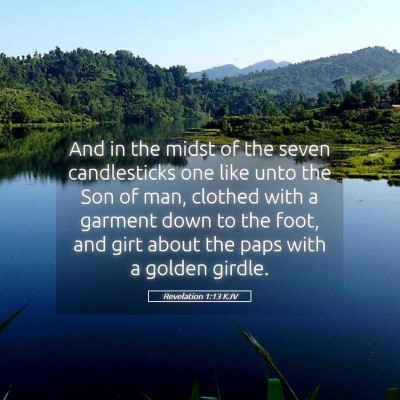 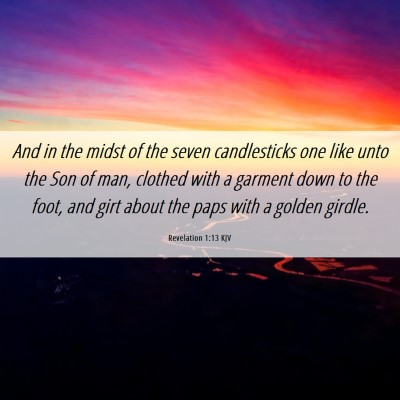 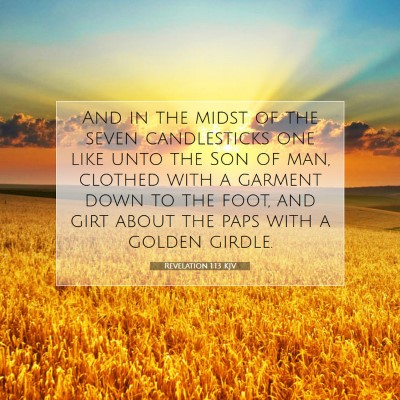 This cross-reference page section has been added with the hope of bringing in-depth meaning and understanding to the Scriptures. The cross references below can help identify similarities between Bible passages. The verses below have been identified in our system as verses related to Revelation 1:13 KJV. Please click on any image below to navigate to that specific Bible verse page. 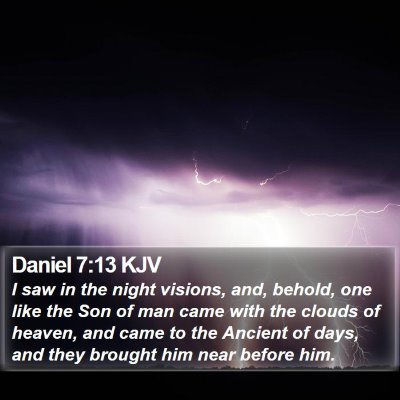 Daniel 7:13 (KJV) »
I saw in the night visions, and, behold, one like the Son of man came with the clouds of heaven, and came to the Ancient of days, and they brought him near before him. 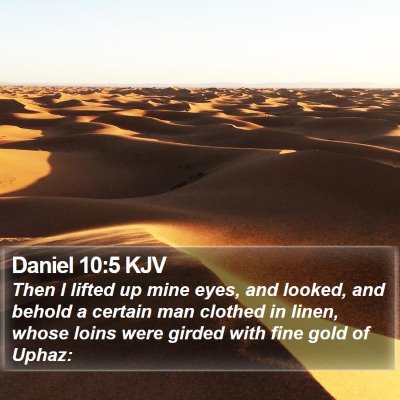 Daniel 10:5 (KJV) »
Then I lifted up mine eyes, and looked, and behold a certain man clothed in linen, whose loins were girded with fine gold of Uphaz: 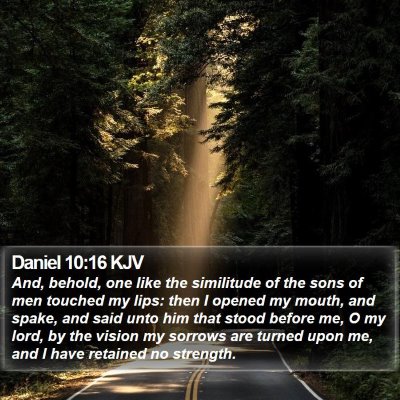 Daniel 10:16 (KJV) »
And, behold, one like the similitude of the sons of men touched my lips: then I opened my mouth, and spake, and said unto him that stood before me, O my lord, by the vision my sorrows are turned upon me, and I have retained no strength. 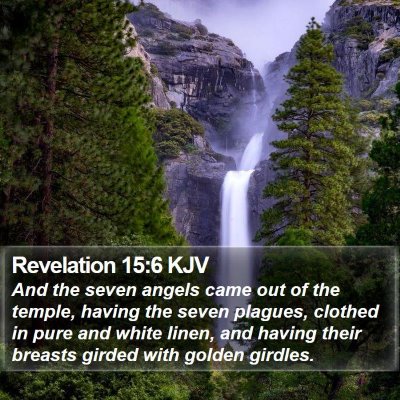 Revelation 15:6 (KJV) »
And the seven angels came out of the temple, having the seven plagues, clothed in pure and white linen, and having their breasts girded with golden girdles. 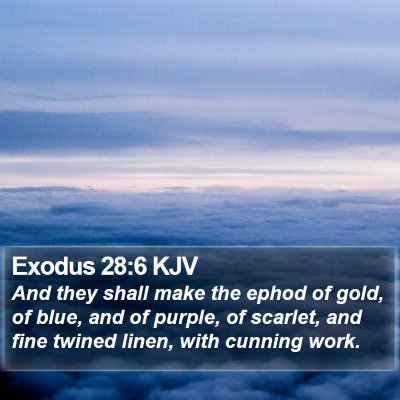 Exodus 28:6 (KJV) »
And they shall make the ephod of gold, of blue, and of purple, of scarlet, and fine twined linen, with cunning work. 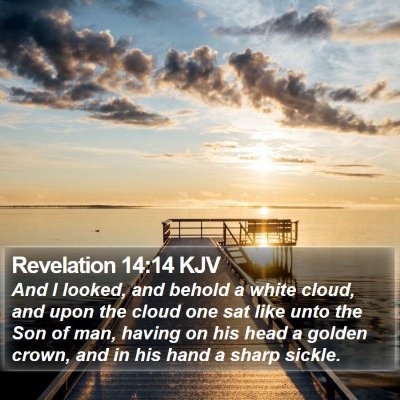 Revelation 14:14 (KJV) »
And I looked, and behold a white cloud, and upon the cloud one sat like unto the Son of man, having on his head a golden crown, and in his hand a sharp sickle. 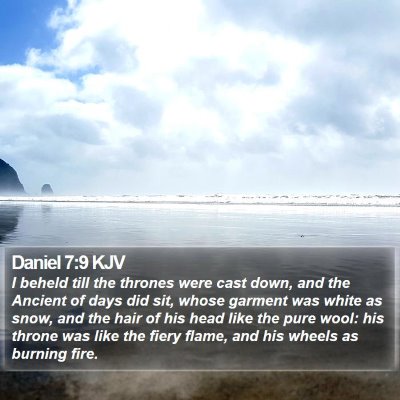 Daniel 7:9 (KJV) »
I beheld till the thrones were cast down, and the Ancient of days did sit, whose garment was white as snow, and the hair of his head like the pure wool: his throne was like the fiery flame, and his wheels as burning fire. 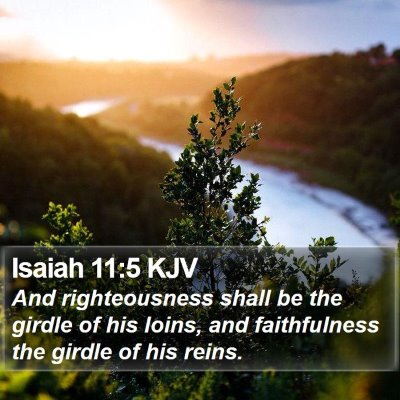 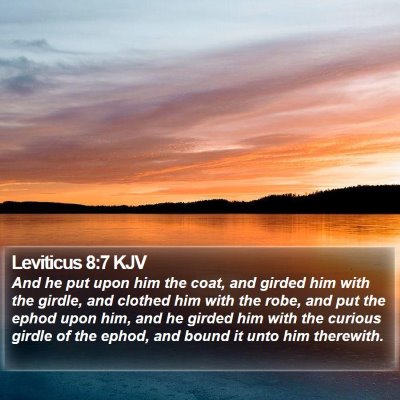 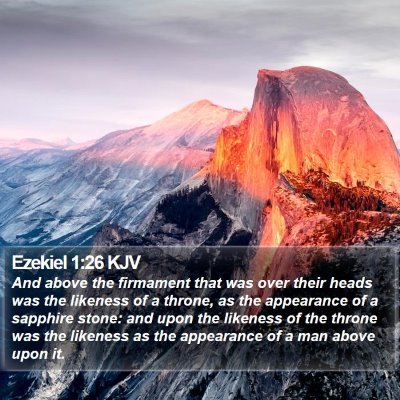 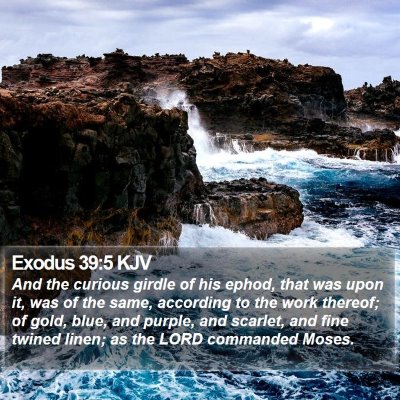 Exodus 39:5 (KJV) »
And the curious girdle of his ephod, that was upon it, was of the same, according to the work thereof; of gold, blue, and purple, and scarlet, and fine twined linen; as the LORD commanded Moses. 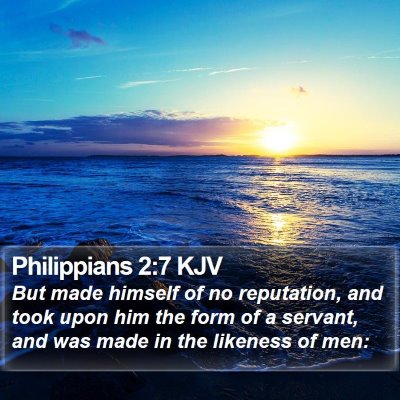 Philippians 2:7 (KJV) »
But made himself of no reputation, and took upon him the form of a servant, and was made in the likeness of men: