Christian 4K Wallpapers with inspirational Bible verse quotes on beautiful images and backgrounds. Download Haggai 1:1 WEB ultra hd wallpapers with Bible verses and share with your friends and family on Instagram or any social media platform. You can also use the links below to click and share the Haggai 1:1 WEB 4k backgrounds on Facebook, Twitter, Pinterest, LinkedIn, WhatsApp and other social media websites. Scripture Images (https://www.scripture-images.com) offers a large collection of UHD Christian wallpapers 3840x2160 and background images with Scripture quotes. 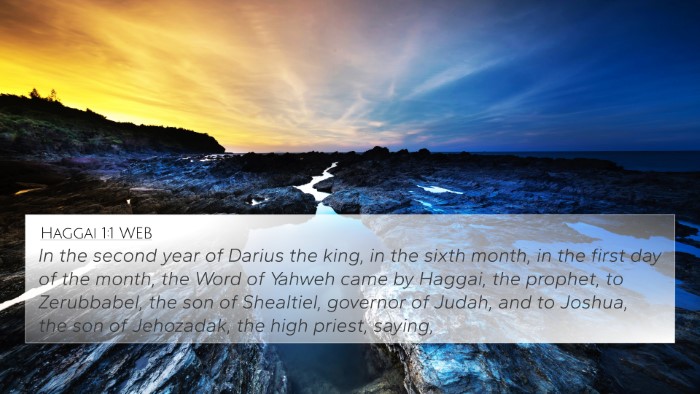 In the second year of Darius the king, in the sixth month, in the first day of the month, the Word of Yahweh came by Haggai, the prophet, to Zerubbabel, the son of Shealtiel, governor of Judah, and to Joshua, the son of Jehozadak, the high priest, saying, 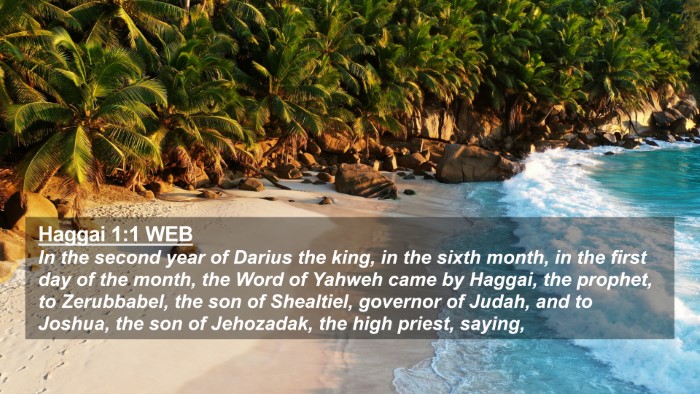 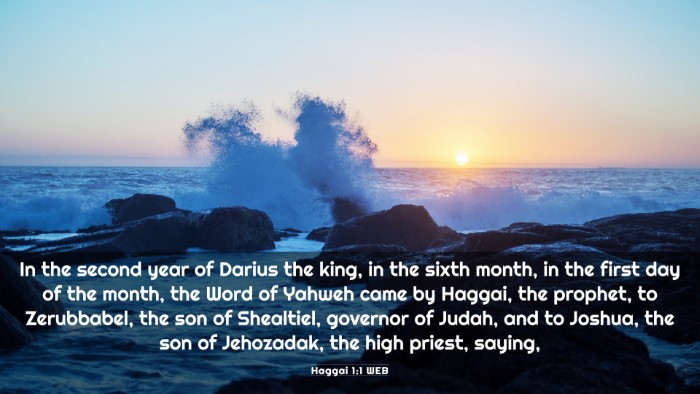 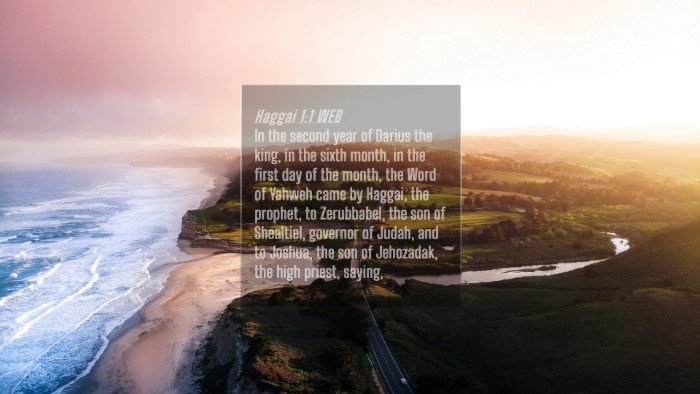 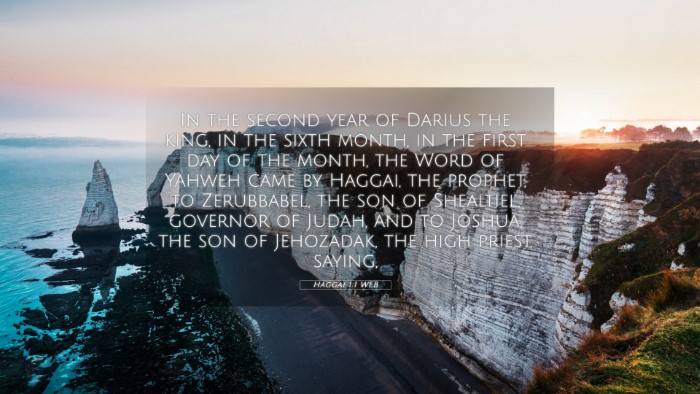 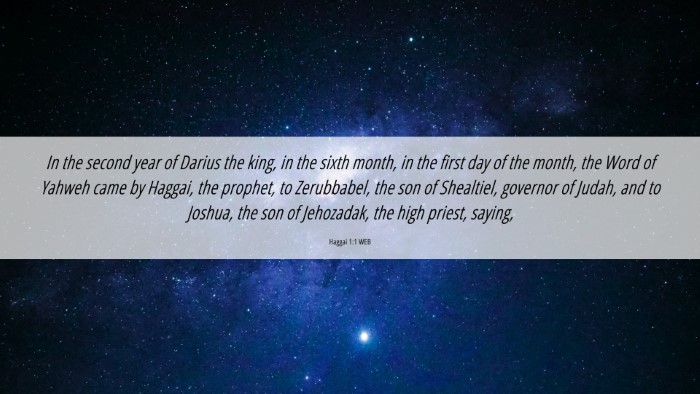 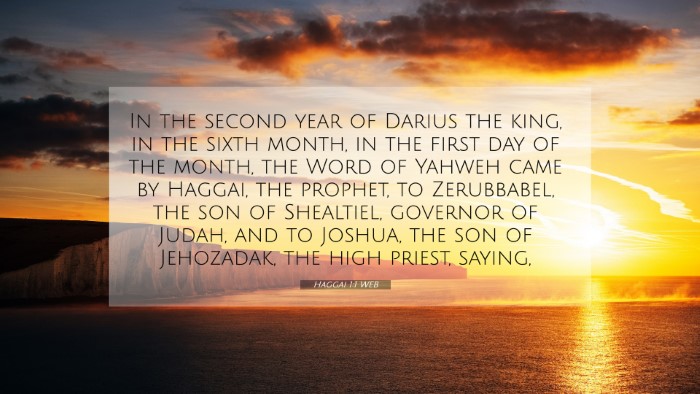 This cross-reference page section has been added with the hope of bringing in-depth meaning and understanding to the Scriptures. The cross references below can help identify similarities between Bible passages. The verses below have been identified in our system as verses related to Haggai 1:1 WEB. Please click on any image below to navigate to that specific Bible verse page. 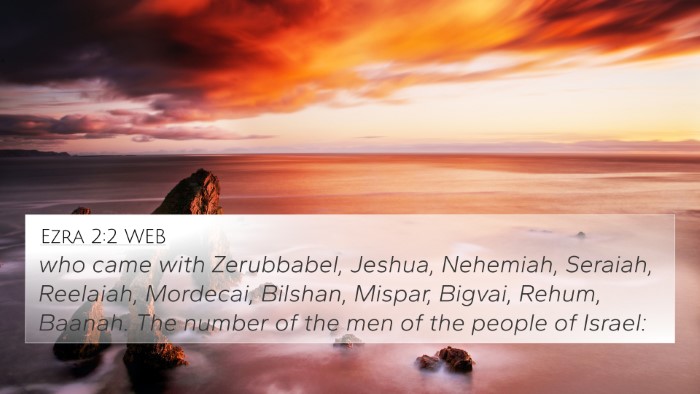 Ezra 2:2 (WEB) »
who came with Zerubbabel, Jeshua, Nehemiah, Seraiah, Reelaiah, Mordecai, Bilshan, Mispar, Bigvai, Rehum, Baanah. The number of the men of the people of Israel: 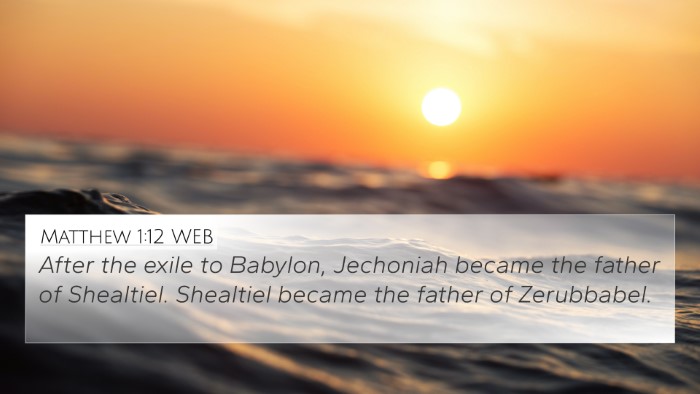 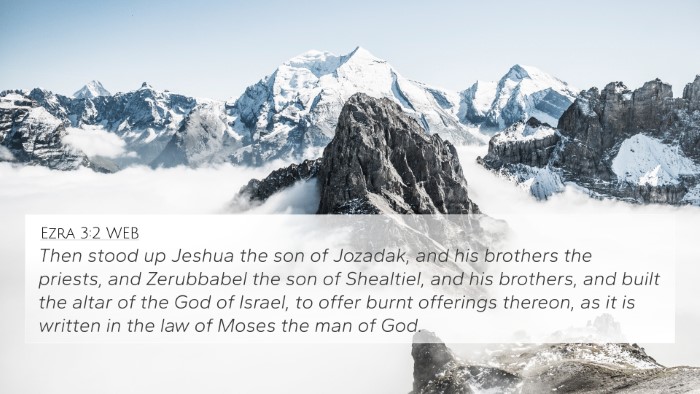 Ezra 3:2 (WEB) »
Then stood up Jeshua the son of Jozadak, and his brothers the priests, and Zerubbabel the son of Shealtiel, and his brothers, and built the altar of the God of Israel, to offer burnt offerings thereon, as it is written in the law of Moses the man of God. 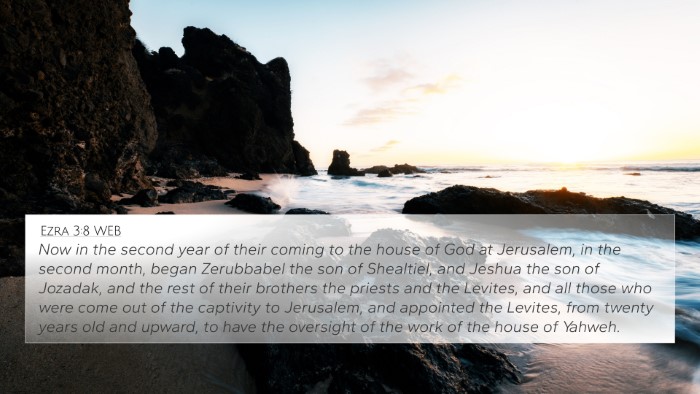 Ezra 3:8 (WEB) »
Now in the second year of their coming to the house of God at Jerusalem, in the second month, began Zerubbabel the son of Shealtiel, and Jeshua the son of Jozadak, and the rest of their brothers the priests and the Levites, and all those who were come out of the captivity to Jerusalem, and appointed the Levites, from twenty years old and upward, to have the oversight of the work of the house of Yahweh. 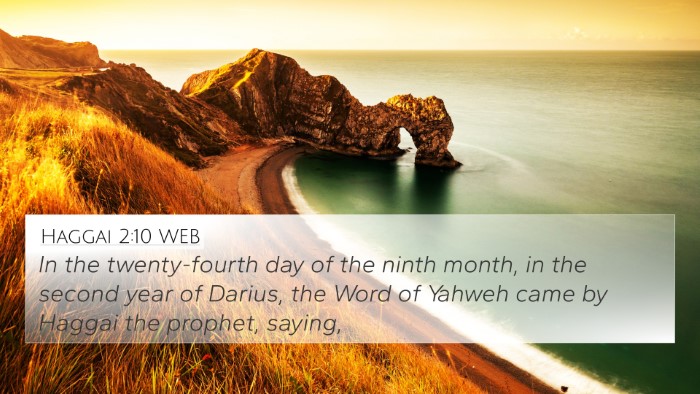 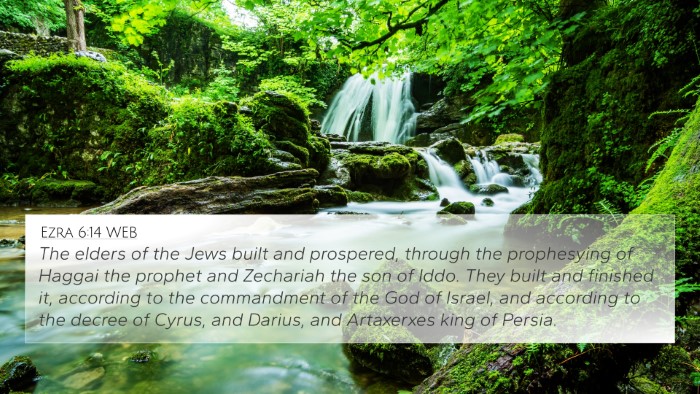 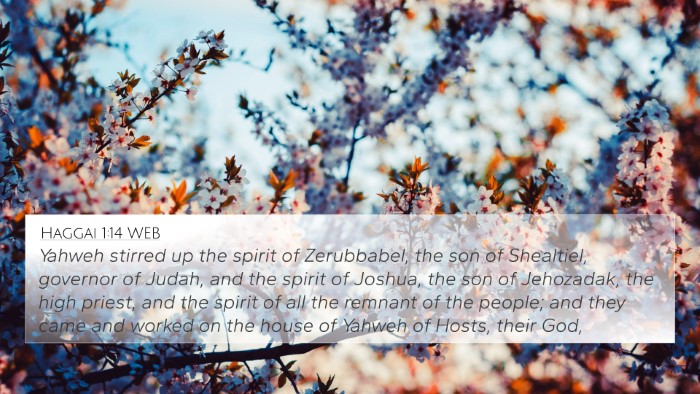 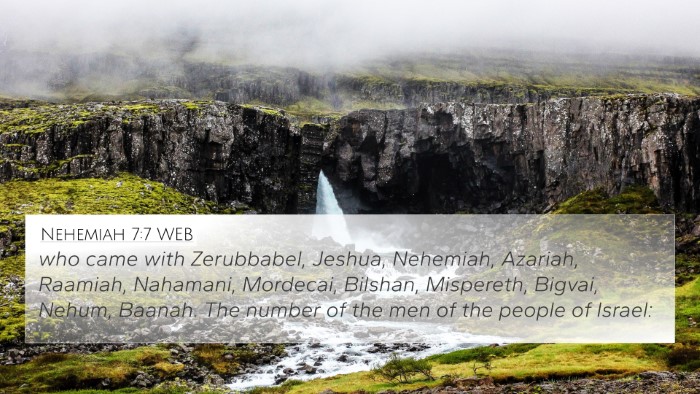 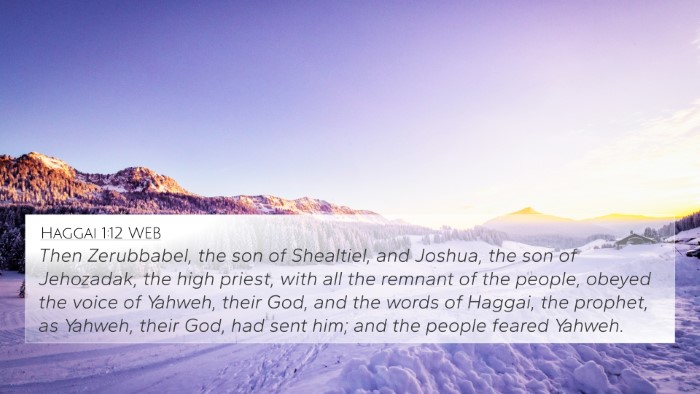 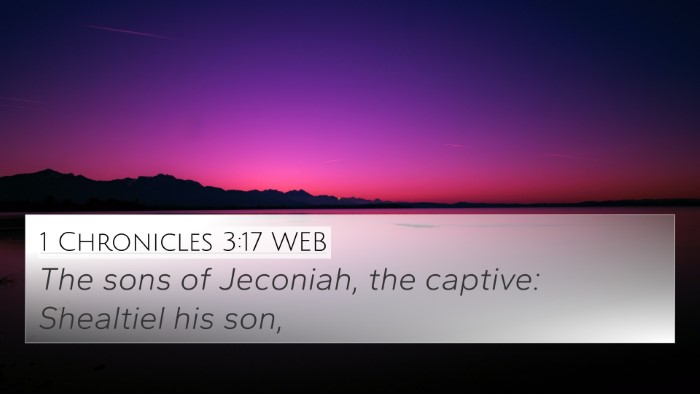 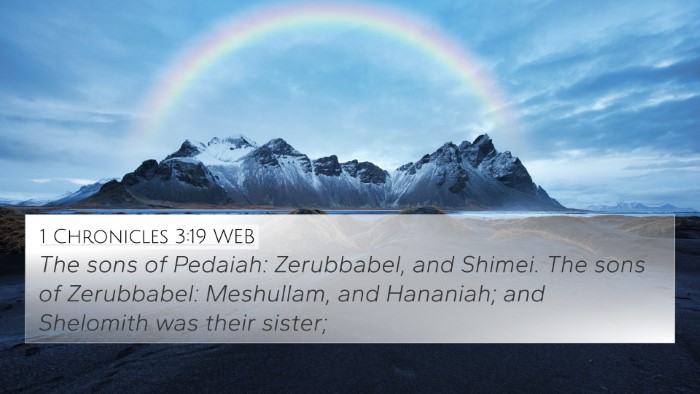 1 Chronicles 3:19 (WEB) »
The sons of Pedaiah: Zerubbabel, and Shimei. The sons of Zerubbabel: Meshullam, and Hananiah; and Shelomith was their sister; 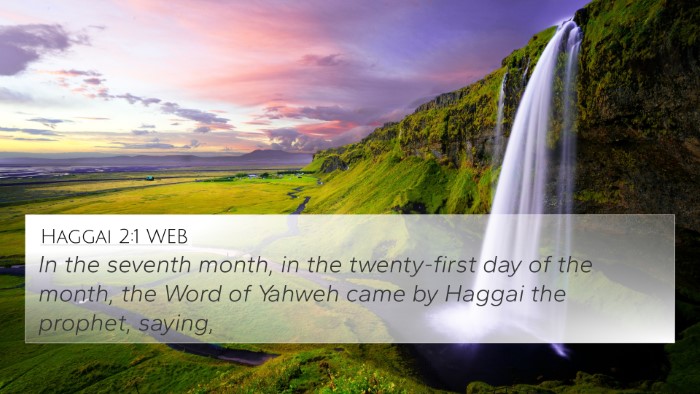 Haggai 2:1 (WEB) »
In the seventh month, in the twenty-first day of the month, the Word of Yahweh came by Haggai the prophet, saying,