Christian 4K Wallpapers with inspirational Bible verse quotes on beautiful images and backgrounds. Download Deuteronomy 1:1 WEB ultra hd wallpapers with Bible verses and share with your friends and family on Instagram or any social media platform. You can also use the links below to click and share the Deuteronomy 1:1 WEB 4k backgrounds on Facebook, Twitter, Pinterest, LinkedIn, WhatsApp and other social media websites. Scripture Images (https://www.scripture-images.com) offers a large collection of UHD Christian wallpapers 3840x2160 and background images with Scripture quotes. 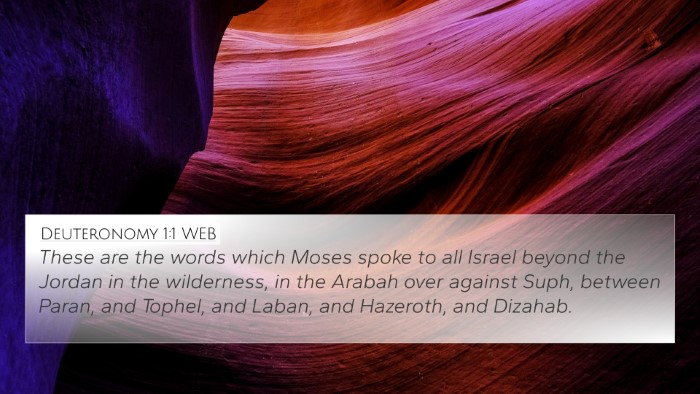 These are the words which Moses spoke to all Israel beyond the Jordan in the wilderness, in the Arabah over against Suph, between Paran, and Tophel, and Laban, and Hazeroth, and Dizahab. 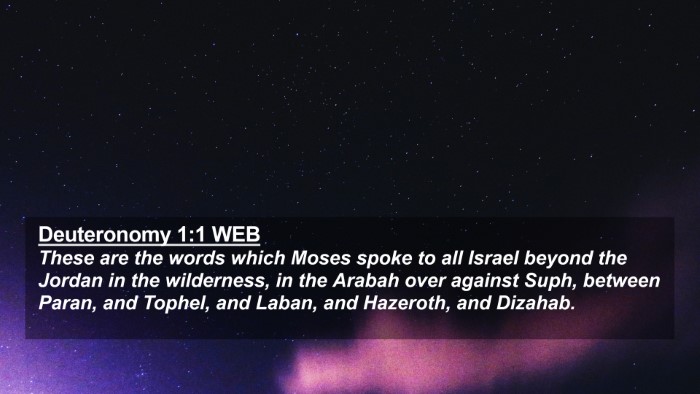 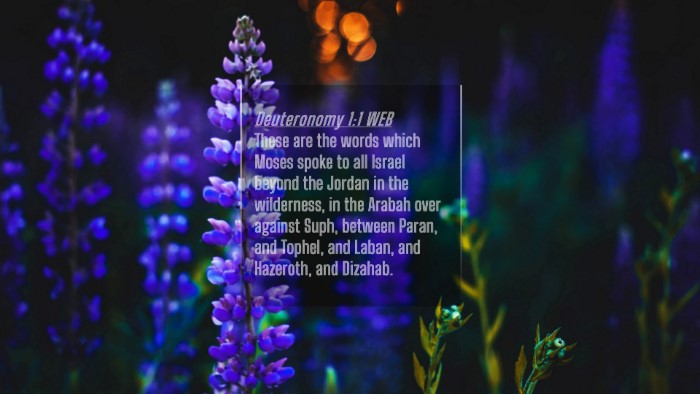 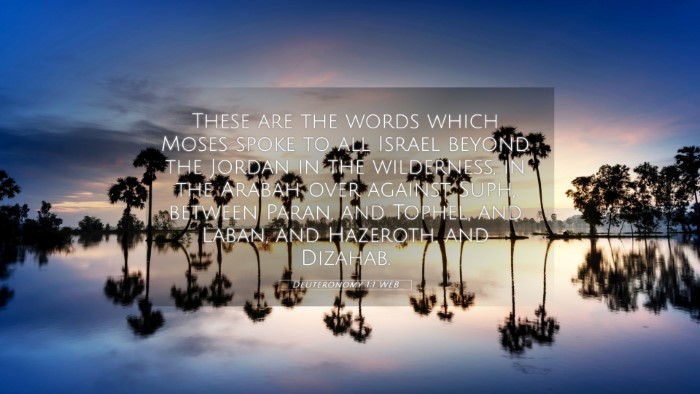 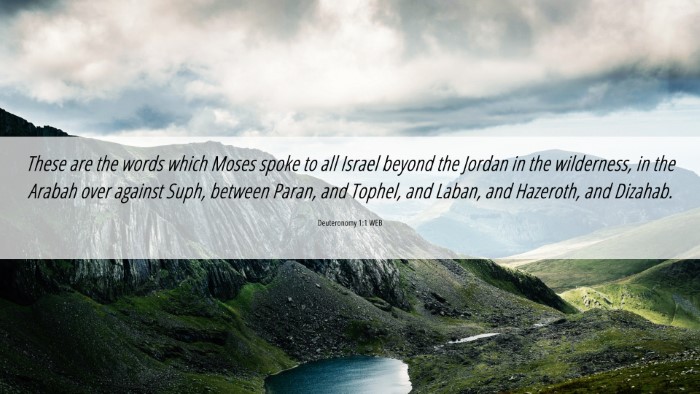 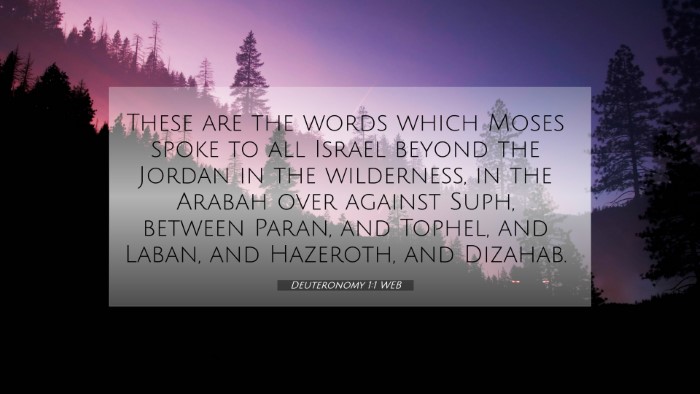 This cross-reference page section has been added with the hope of bringing in-depth meaning and understanding to the Scriptures. The cross references below can help identify similarities between Bible passages. The verses below have been identified in our system as verses related to Deuteronomy 1:1 WEB. Please click on any image below to navigate to that specific Bible verse page. 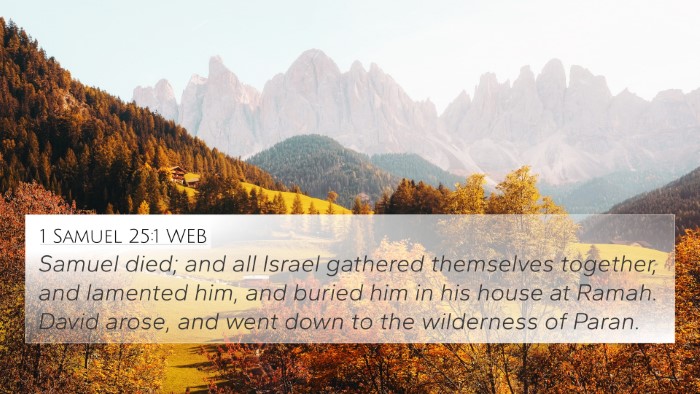 1 Samuel 25:1 (WEB) »
Samuel died; and all Israel gathered themselves together, and lamented him, and buried him in his house at Ramah. David arose, and went down to the wilderness of Paran. 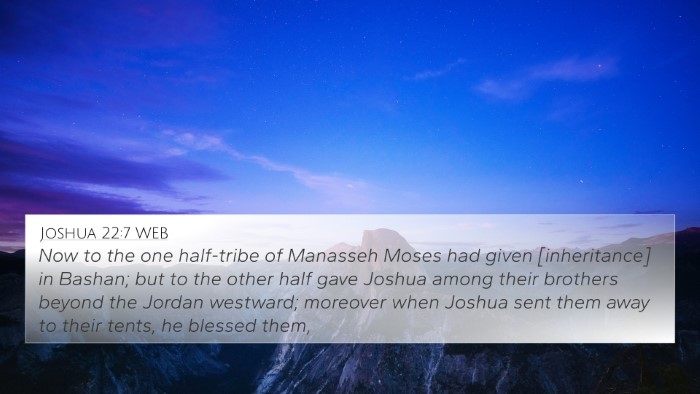 Joshua 22:7 (WEB) »
Now to the one half-tribe of Manasseh Moses had given [inheritance] in Bashan; but to the other half gave Joshua among their brothers beyond the Jordan westward; moreover when Joshua sent them away to their tents, he blessed them, 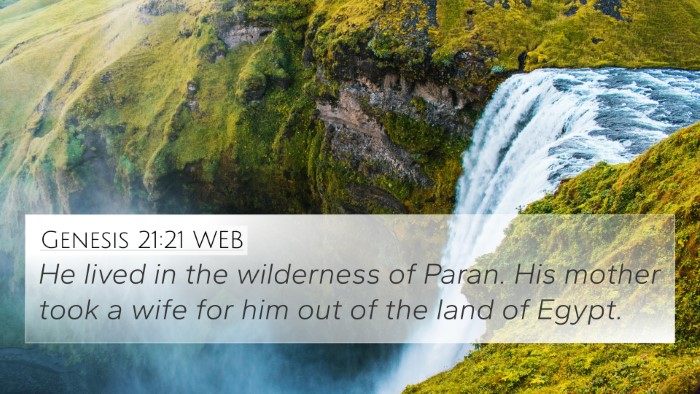 Genesis 21:21 (WEB) »
He lived in the wilderness of Paran. His mother took a wife for him out of the land of Egypt. 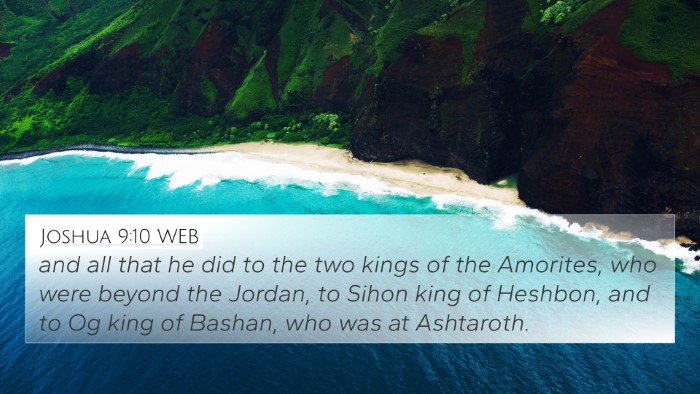 Joshua 9:10 (WEB) »
and all that he did to the two kings of the Amorites, who were beyond the Jordan, to Sihon king of Heshbon, and to Og king of Bashan, who was at Ashtaroth. 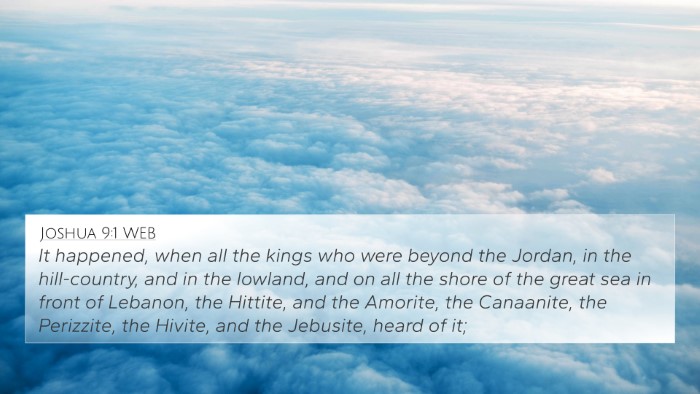 Joshua 9:1 (WEB) »
It happened, when all the kings who were beyond the Jordan, in the hill-country, and in the lowland, and on all the shore of the great sea in front of Lebanon, the Hittite, and the Amorite, the Canaanite, the Perizzite, the Hivite, and the Jebusite, heard of it; 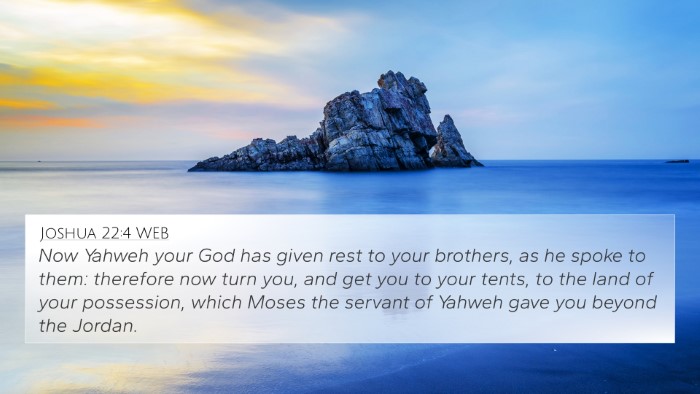 Joshua 22:4 (WEB) »
Now Yahweh your God has given rest to your brothers, as he spoke to them: therefore now turn you, and get you to your tents, to the land of your possession, which Moses the servant of Yahweh gave you beyond the Jordan. 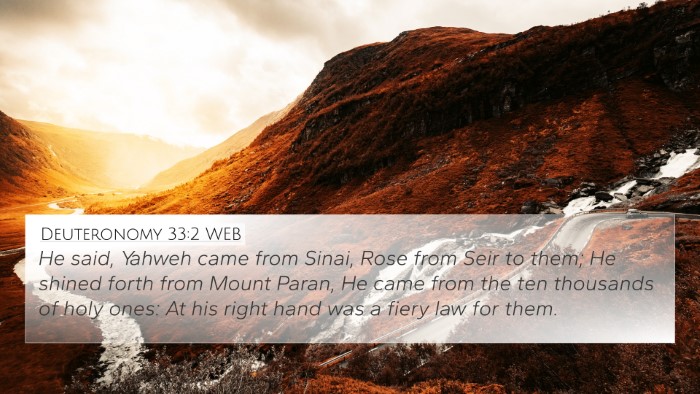 Deuteronomy 33:2 (WEB) »
He said, Yahweh came from Sinai, Rose from Seir to them; He shined forth from Mount Paran, He came from the ten thousands of holy ones: At his right hand was a fiery law for them. 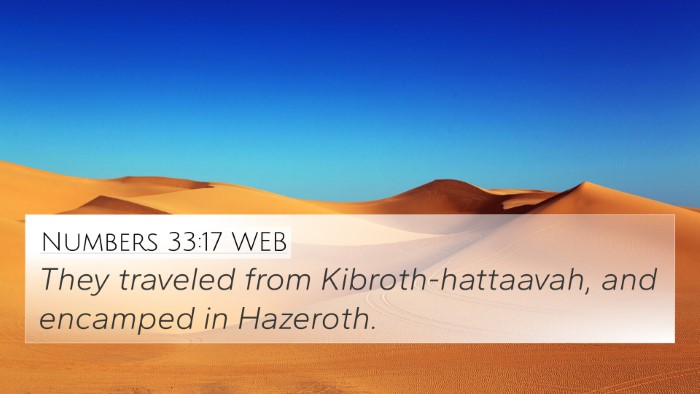 Numbers 33:17 (WEB) »
They traveled from Kibroth-hattaavah, and encamped in Hazeroth. 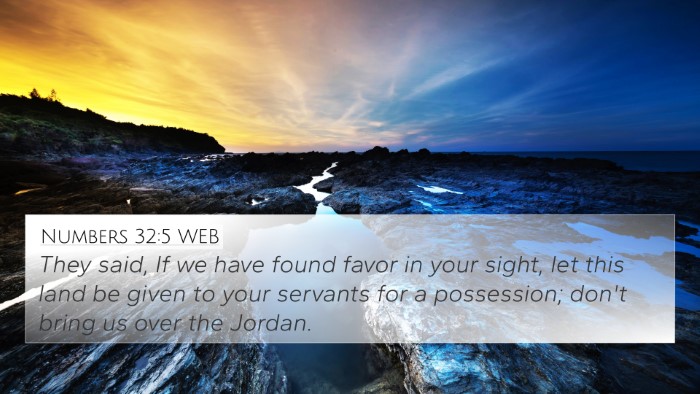 Numbers 32:5 (WEB) »
They said, If we have found favor in your sight, let this land be given to your servants for a possession; don't bring us over the Jordan. 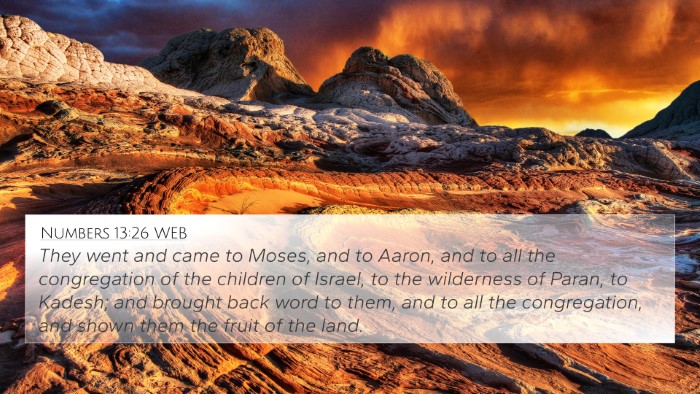 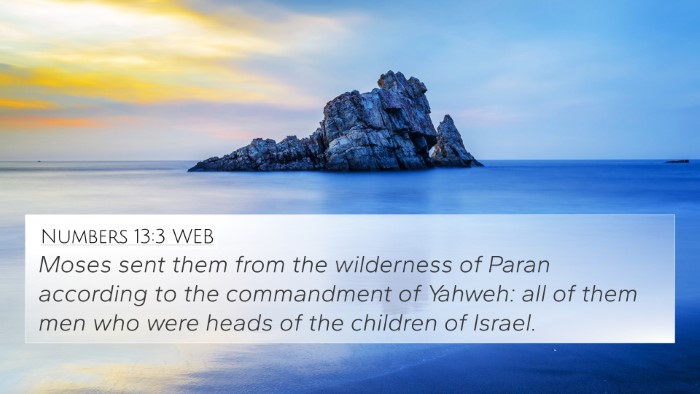 Numbers 13:3 (WEB) »
Moses sent them from the wilderness of Paran according to the commandment of Yahweh: all of them men who were heads of the children of Israel. 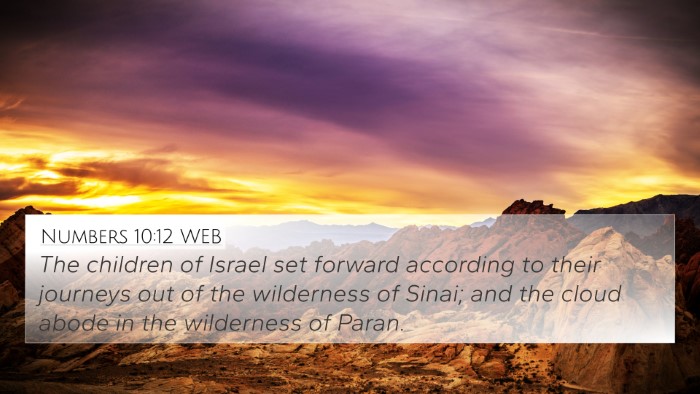