Christian 4K Wallpapers with inspirational Bible verse quotes on beautiful images and backgrounds. Download Colossians 4:1 WEB ultra hd wallpapers with Bible verses and share with your friends and family on Instagram or any social media platform. You can also use the links below to click and share the Colossians 4:1 WEB 4k backgrounds on Facebook, Twitter, Pinterest, LinkedIn, WhatsApp and other social media websites. Scripture Images (https://www.scripture-images.com) offers a large collection of UHD Christian wallpapers 3840x2160 and background images with Scripture quotes. 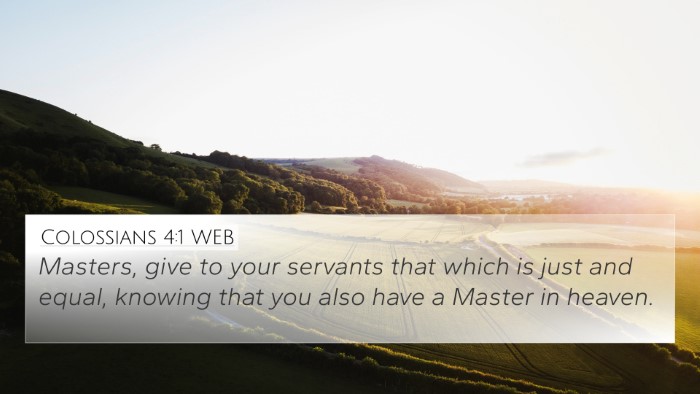 Masters, give to your servants that which is just and equal, knowing that you also have a Master in heaven. 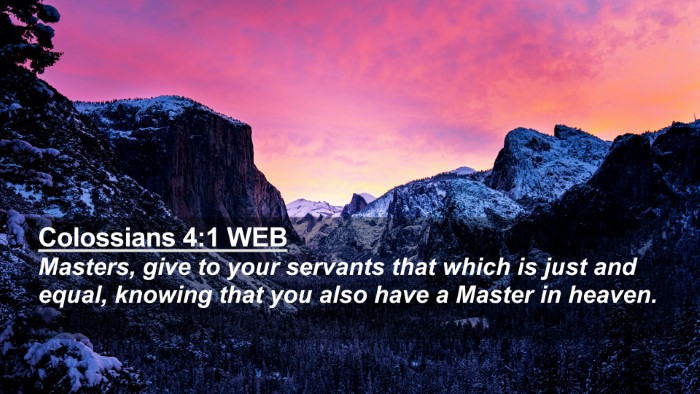 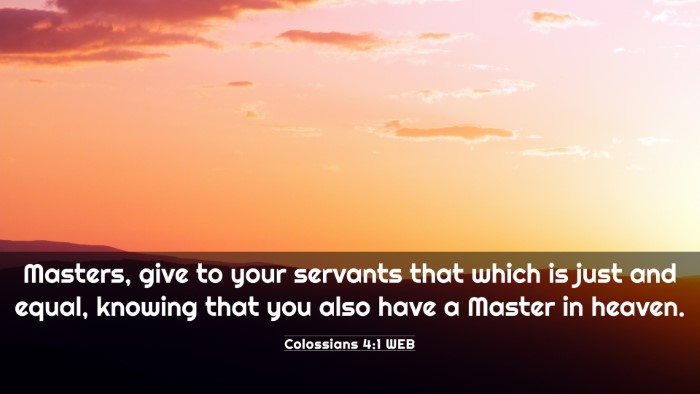 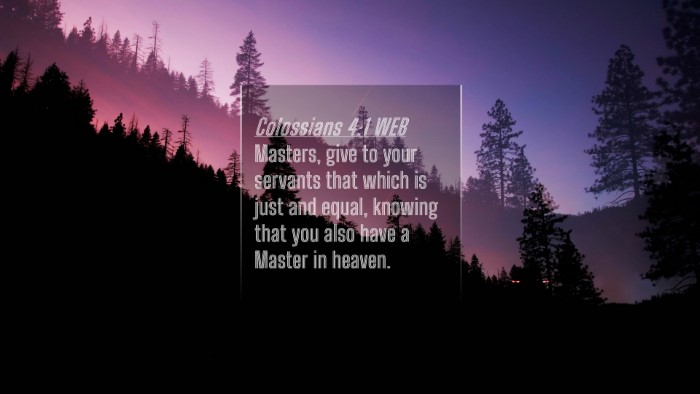 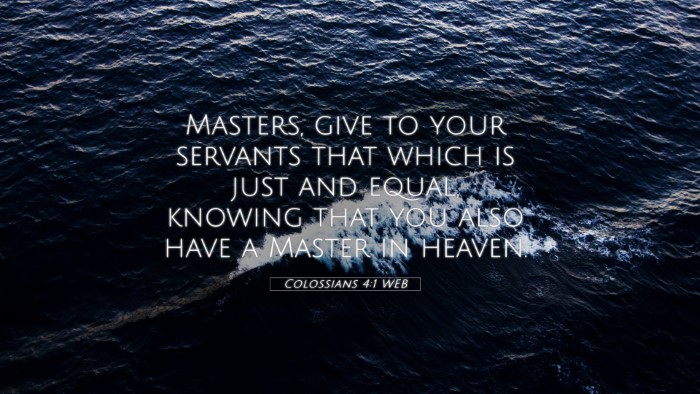 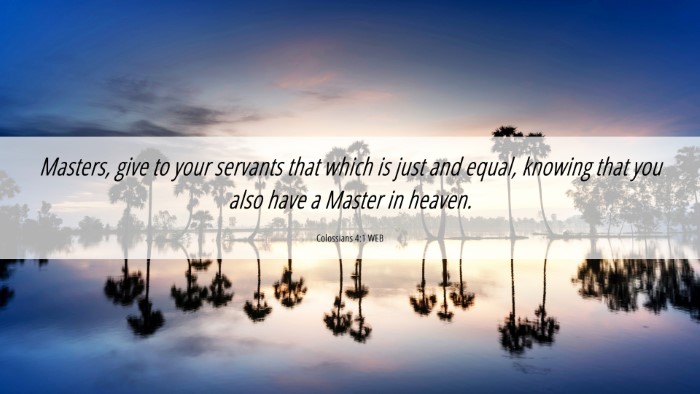 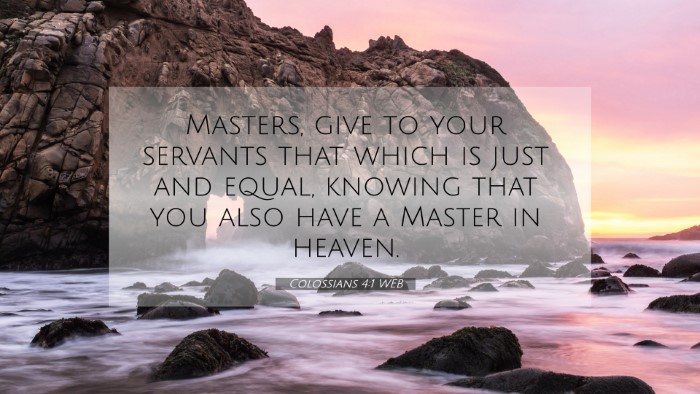 This cross-reference page section has been added with the hope of bringing in-depth meaning and understanding to the Scriptures. The cross references below can help identify similarities between Bible passages. The verses below have been identified in our system as verses related to Colossians 4:1 WEB. Please click on any image below to navigate to that specific Bible verse page. 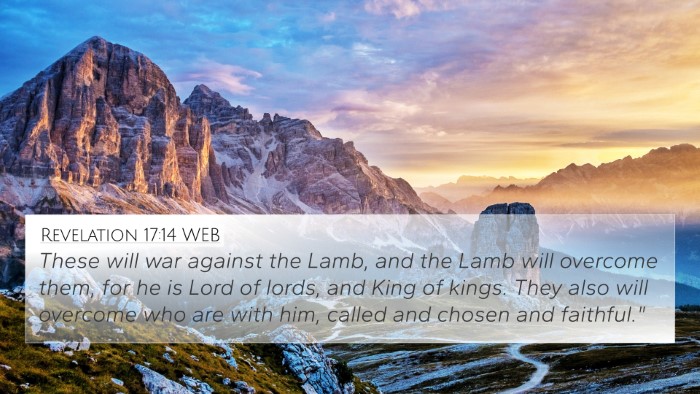 Revelation 17:14 (WEB) »
These will war against the Lamb, and the Lamb will overcome them, for he is Lord of lords, and King of kings. They also will overcome who are with him, called and chosen and faithful." 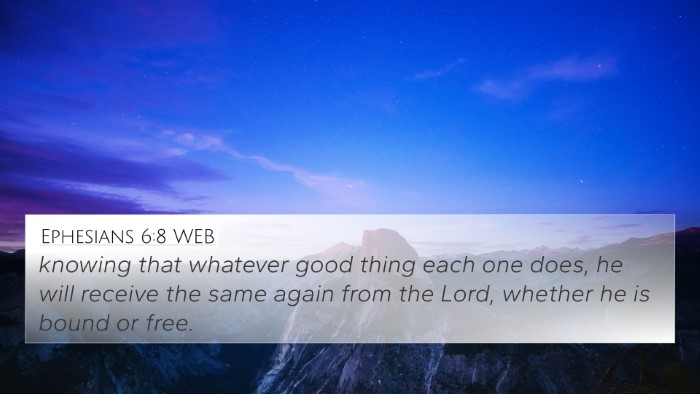 Ephesians 6:8 (WEB) »
knowing that whatever good thing each one does, he will receive the same again from the Lord, whether he is bound or free. 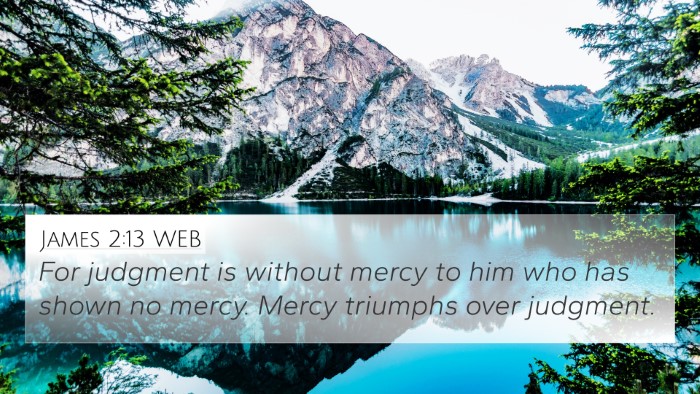 James 2:13 (WEB) »
For judgment is without mercy to him who has shown no mercy. Mercy triumphs over judgment. 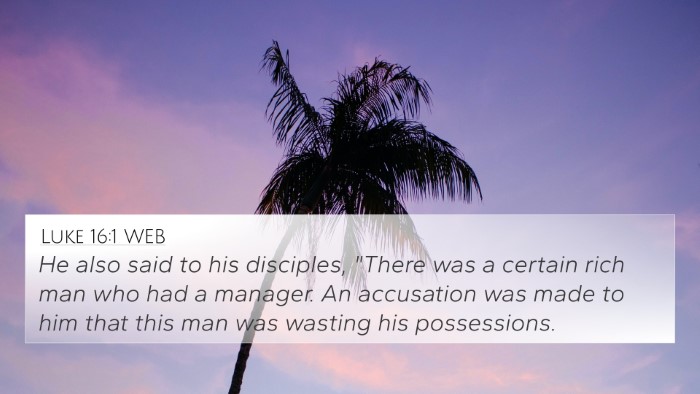 Luke 16:1 (WEB) »
He also said to his disciples, "There was a certain rich man who had a manager. An accusation was made to him that this man was wasting his possessions. 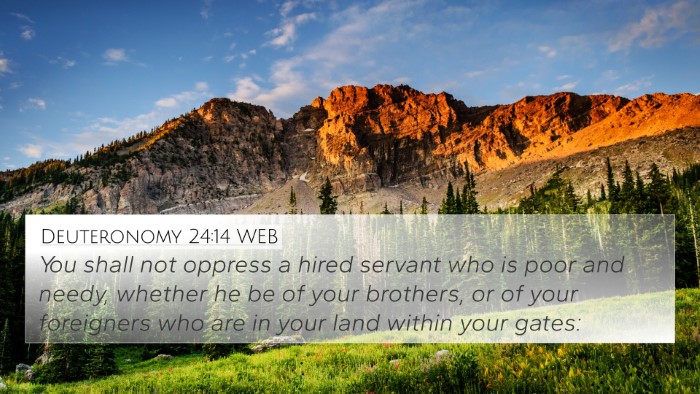 Deuteronomy 24:14 (WEB) »
You shall not oppress a hired servant who is poor and needy, whether he be of your brothers, or of your foreigners who are in your land within your gates: 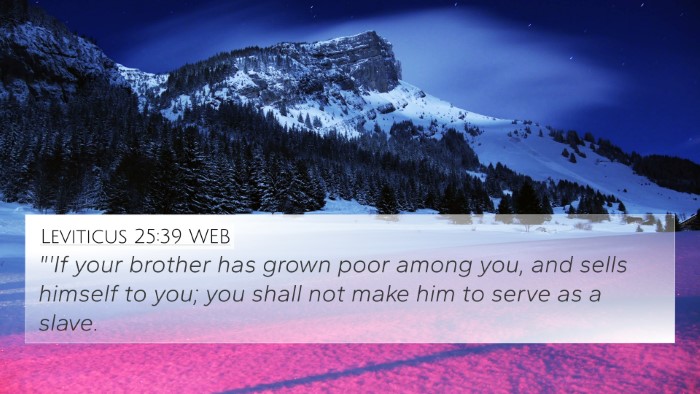 Leviticus 25:39 (WEB) »
"'If your brother has grown poor among you, and sells himself to you; you shall not make him to serve as a slave. 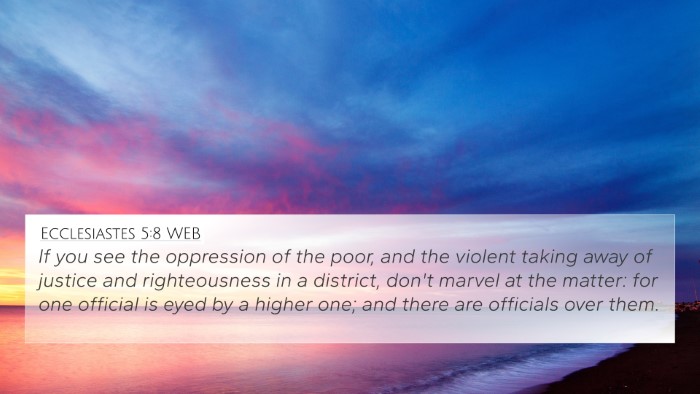 Ecclesiastes 5:8 (WEB) »
If you see the oppression of the poor, and the violent taking away of justice and righteousness in a district, don't marvel at the matter: for one official is eyed by a higher one; and there are officials over them. 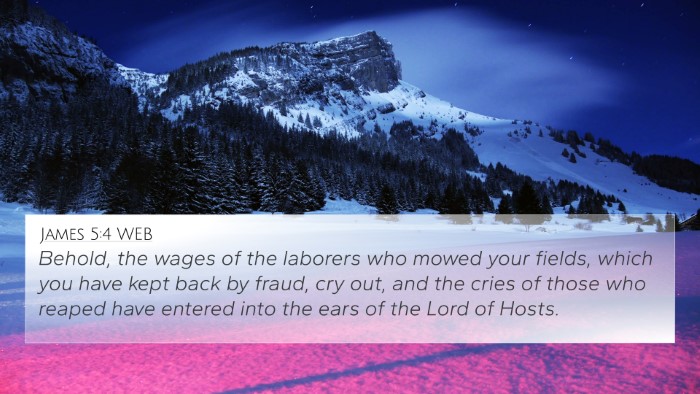 James 5:4 (WEB) »
Behold, the wages of the laborers who mowed your fields, which you have kept back by fraud, cry out, and the cries of those who reaped have entered into the ears of the Lord of Hosts. 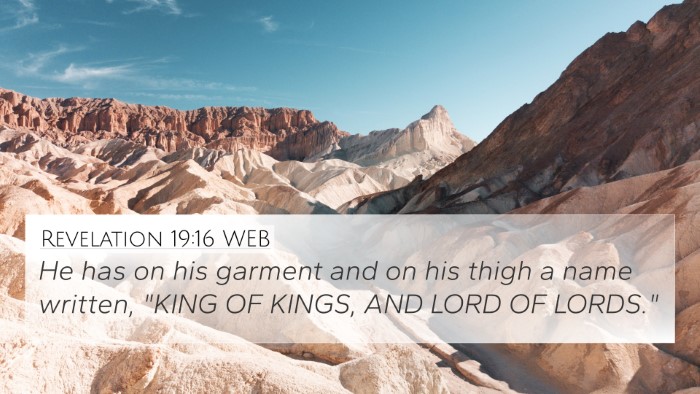 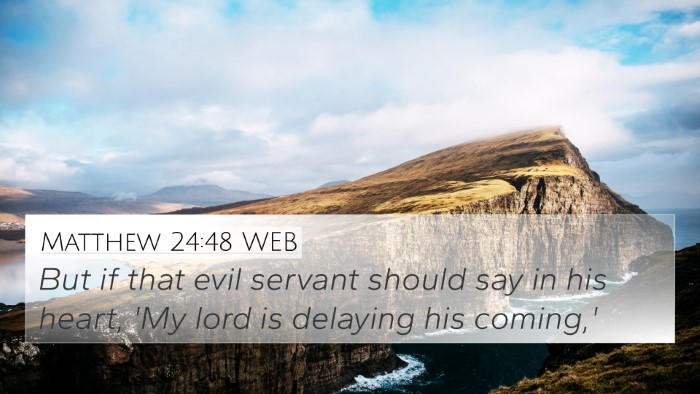 Matthew 24:48 (WEB) »
But if that evil servant should say in his heart, 'My lord is delaying his coming,' 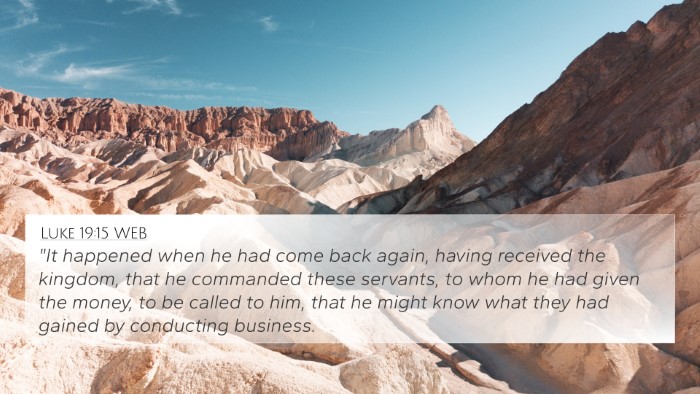 Luke 19:15 (WEB) »
"It happened when he had come back again, having received the kingdom, that he commanded these servants, to whom he had given the money, to be called to him, that he might know what they had gained by conducting business. 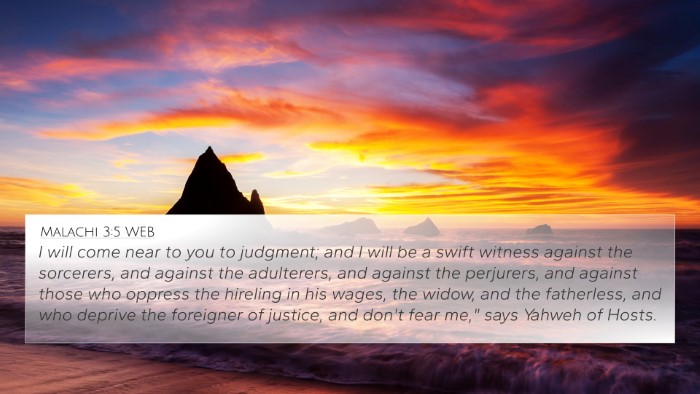