Christian 4K Wallpapers with inspirational Bible verse quotes on beautiful images and backgrounds. Download Daniel 1:7 WEB ultra hd wallpapers with Bible verses and share with your friends and family on Instagram or any social media platform. You can also use the links below to click and share the Daniel 1:7 WEB 4k backgrounds on Facebook, Twitter, Pinterest, LinkedIn, WhatsApp and other social media websites. Scripture Images (https://www.scripture-images.com) offers a large collection of UHD Christian wallpapers 3840x2160 and background images with Scripture quotes. 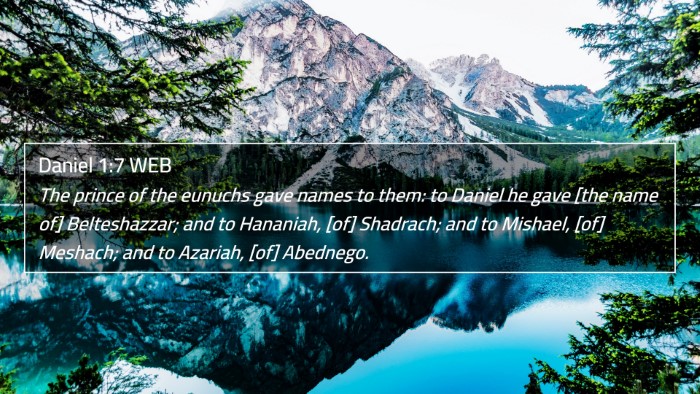 The prince of the eunuchs gave names to them: to Daniel he gave [the name of] Belteshazzar; and to Hananiah, [of] Shadrach; and to Mishael, [of] Meshach; and to Azariah, [of] Abednego. 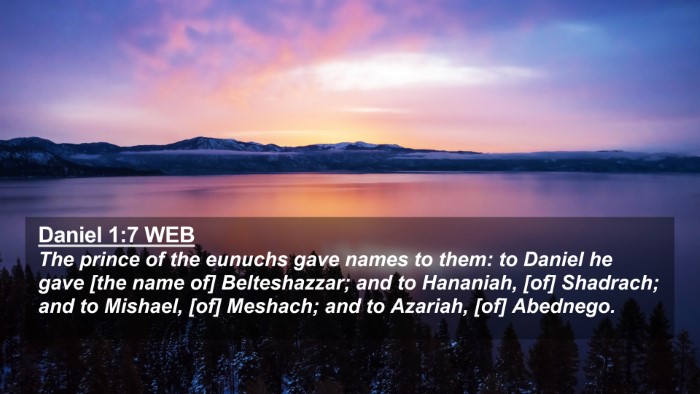 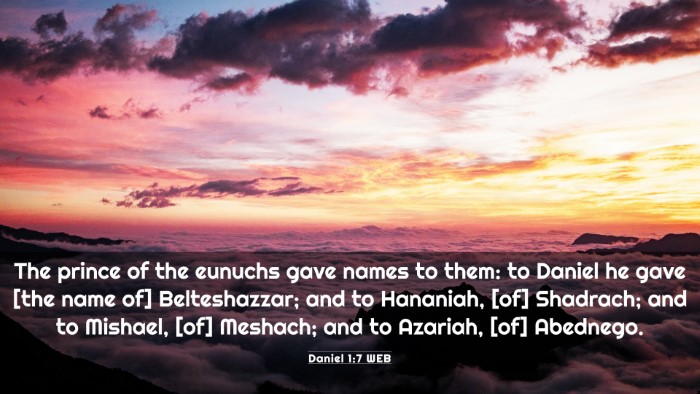 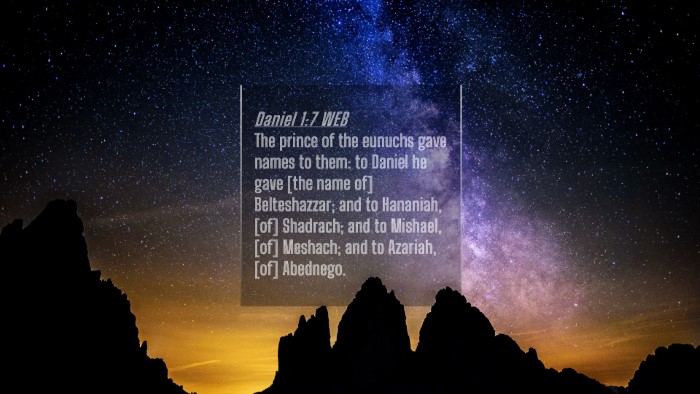 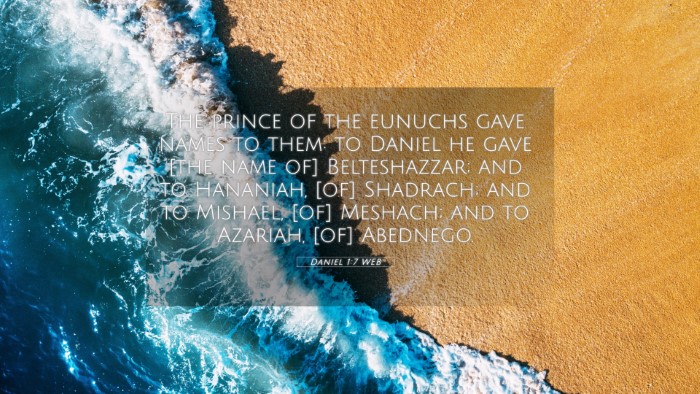 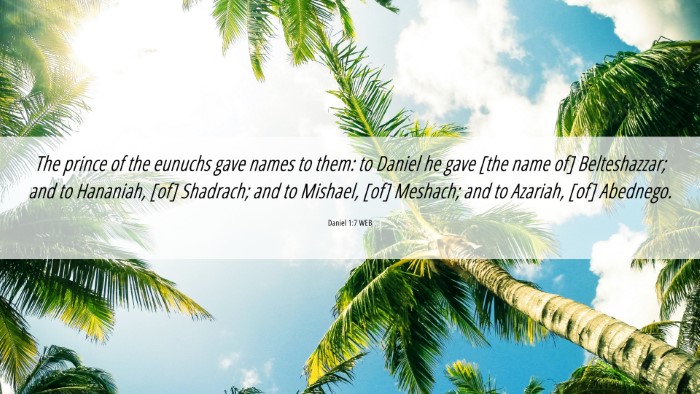 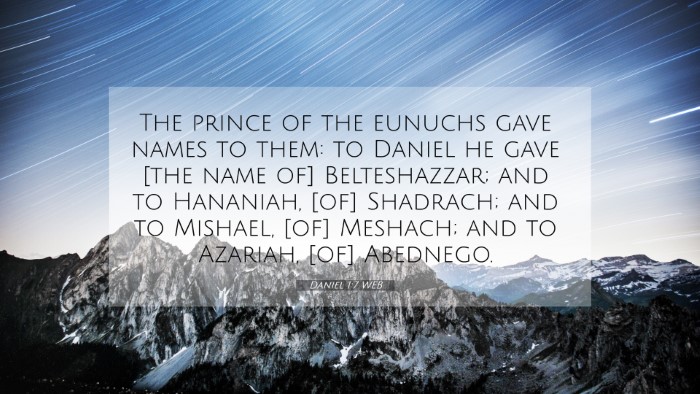 This cross-reference page section has been added with the hope of bringing in-depth meaning and understanding to the Scriptures. The cross references below can help identify similarities between Bible passages. The verses below have been identified in our system as verses related to Daniel 1:7 WEB. Please click on any image below to navigate to that specific Bible verse page. 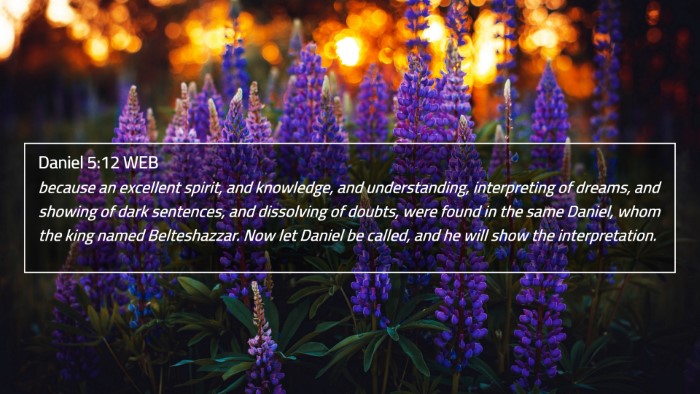 Daniel 5:12 (WEB) »
because an excellent spirit, and knowledge, and understanding, interpreting of dreams, and showing of dark sentences, and dissolving of doubts, were found in the same Daniel, whom the king named Belteshazzar. Now let Daniel be called, and he will show the interpretation. 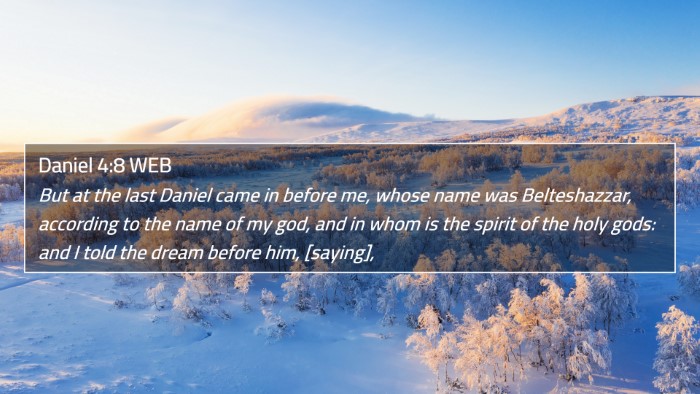 Daniel 4:8 (WEB) »
But at the last Daniel came in before me, whose name was Belteshazzar, according to the name of my god, and in whom is the spirit of the holy gods: and I told the dream before him, [saying], 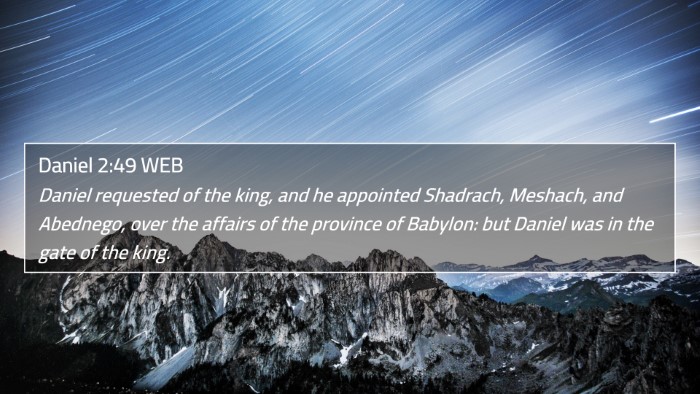 Daniel 2:49 (WEB) »
Daniel requested of the king, and he appointed Shadrach, Meshach, and Abednego, over the affairs of the province of Babylon: but Daniel was in the gate of the king. 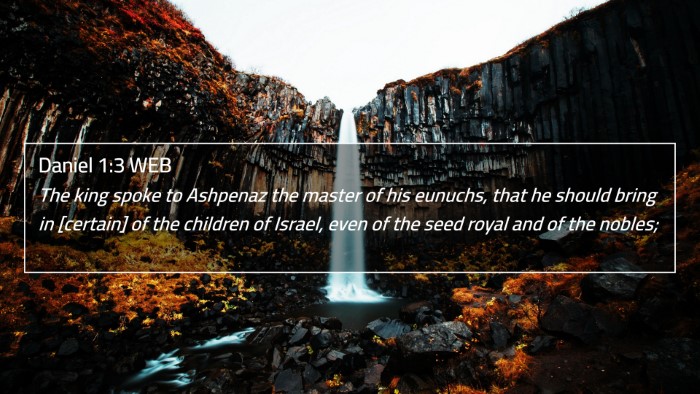 Daniel 1:3 (WEB) »
The king spoke to Ashpenaz the master of his eunuchs, that he should bring in [certain] of the children of Israel, even of the seed royal and of the nobles; 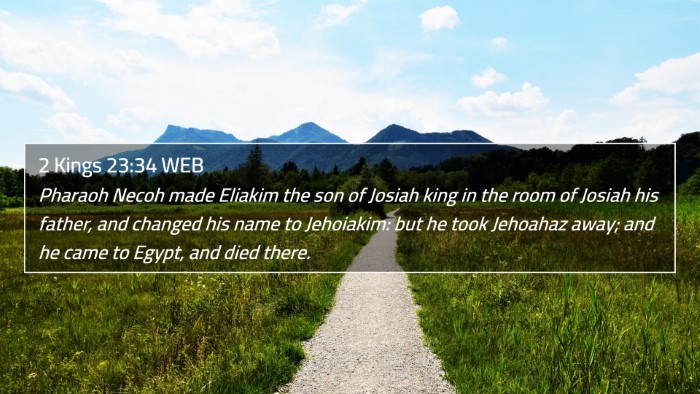 2 Kings 23:34 (WEB) »
Pharaoh Necoh made Eliakim the son of Josiah king in the room of Josiah his father, and changed his name to Jehoiakim: but he took Jehoahaz away; and he came to Egypt, and died there. 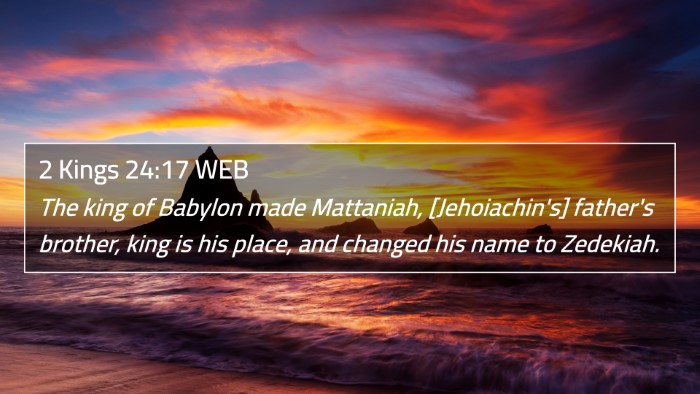 2 Kings 24:17 (WEB) »
The king of Babylon made Mattaniah, [Jehoiachin's] father's brother, king is his place, and changed his name to Zedekiah. 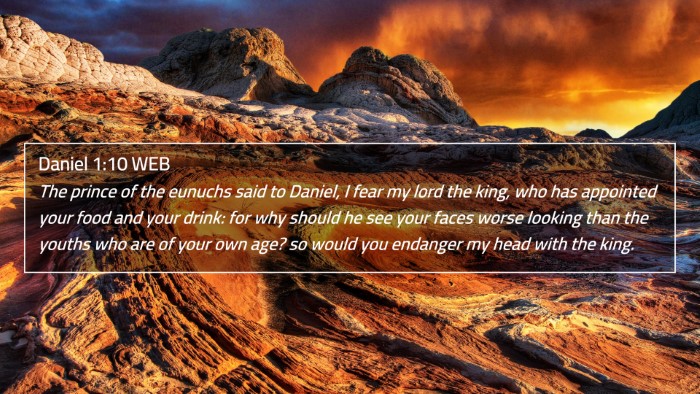 Daniel 1:10 (WEB) »
The prince of the eunuchs said to Daniel, I fear my lord the king, who has appointed your food and your drink: for why should he see your faces worse looking than the youths who are of your own age? so would you endanger my head with the king. 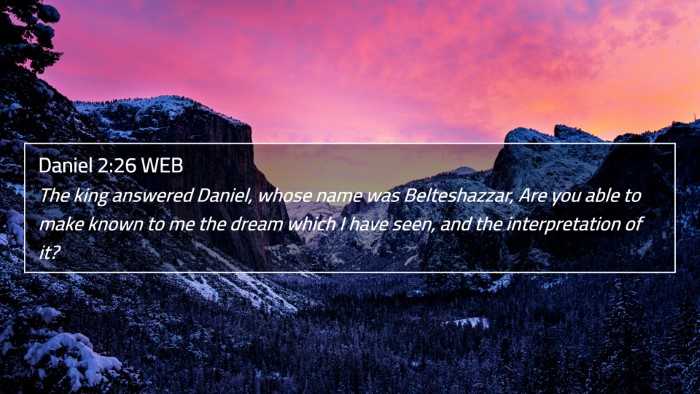 Daniel 2:26 (WEB) »
The king answered Daniel, whose name was Belteshazzar, Are you able to make known to me the dream which I have seen, and the interpretation of it? 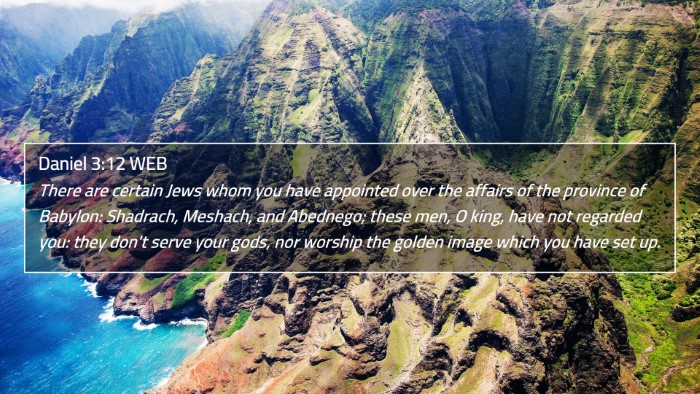 Daniel 3:12 (WEB) »
There are certain Jews whom you have appointed over the affairs of the province of Babylon: Shadrach, Meshach, and Abednego; these men, O king, have not regarded you: they don't serve your gods, nor worship the golden image which you have set up. 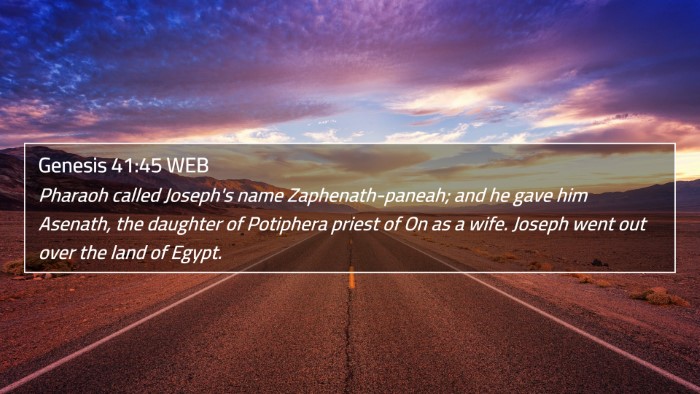 Genesis 41:45 (WEB) »
Pharaoh called Joseph's name Zaphenath-paneah; and he gave him Asenath, the daughter of Potiphera priest of On as a wife. Joseph went out over the land of Egypt.